The Jersey City Council added a non-binding resolution supporting the Medicare for All Act of 2021, H.R. 1976 in Congress during today’s caucus meeting. 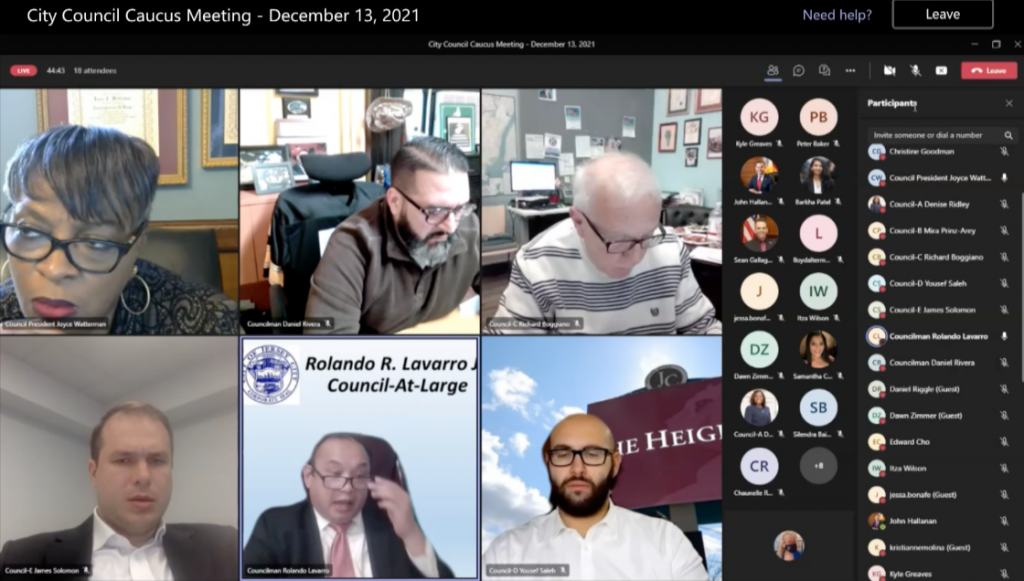 Additionally, the Hoboken City Council passed a similar measure earlier this month, as have municipalities in Essex, Morris, and Mercer Counties.

“This is a resolution that Councilman Lavarro, Councilwoman Prinz-Arey, Councilman Saleh, Council President Watterman, Councilman Rivera have all been working with some supporters on, calling on Congress to support Medicare for All, which would be a really important step for our nation in providing … accessible affordable healthcare and removing people from the ravages of the private market,” Ward E Councilman James Solomon said.

Councilman-at-Large Rolando Lavarro concurred, adding that this is a very appropriate time to vote on the resolution.

“In this time of crisis and COVID, I think a push for Medicare 4 All couldn’t be more important. As we have seen with all the vaccinations and everything else, we are far from out of the woods,” he added.

“COVID and this pandemic has affected low income, minority communities more adversely than any other population, and Medicare for all will help bridge that gap.”

Dr. Lloyd Alterman, a guest speaker invited by the council, addressed the, and noted he retired after 35 years of practicing medicine.

“The United States is the only developed nation in the world that does not have some form of national health insurance. And I think it’s long past time to uncouple health insurance from employment status. And I think the COVID-19 pandemic as you have already mentioned has borne this out in spades,” he said.

“Medicare for all is not socialized medicine. It has gotten a bad rap. Medicare is not inefficient. In fact, it pays over 95 percent of a healthcare dollar in benefits as opposed to commercial carriers which pay far less than that because there are fewer middlemen involved.”

Alterman explained Medicare for All would function like Medicare, but would simply lower the age of eligibility to those under 65.

“ … Which will include 20 million uninsured Americans and the millions more underinsured Americans who have health insurance in name only when find they use it, they find their co-pay and deductibles so high that it effectively means they’re not insured,” Alterman said.

“We can afford Medicare for all in this country. What we need is the political will for it. As you mentioned Jersey City has many working poor. They would surely benefit from such a program. I would strongly urge the council to support the resolution.”

Op-Ed: Now is not the time for the Jersey City BOE...