The Jersey City Cannabis Control Board (CCB) approved the woman and diversity-owned WR Wellness LLC to be located at 150 Bay St. in Ward E. 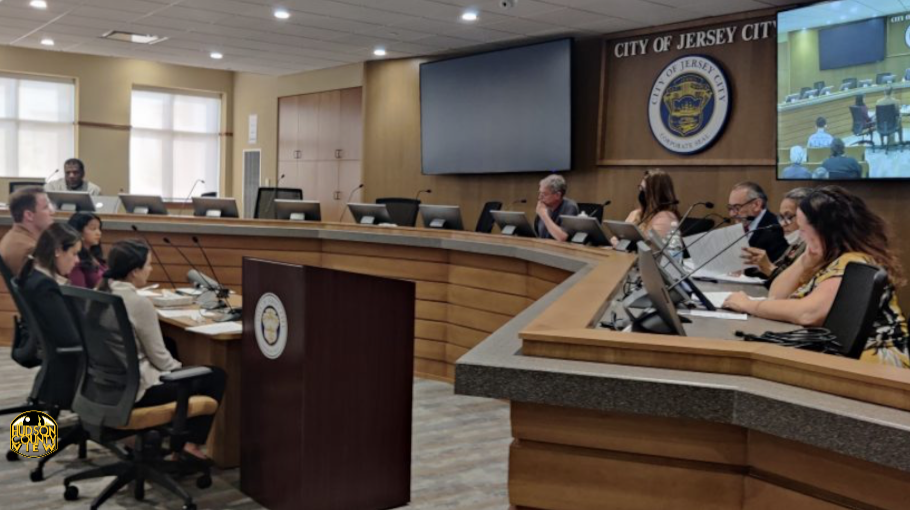 Their application has already cleared the planning board, leading to some questions from CCB Vice Chair Jeff Kaplowitz.

“Were they any conditions added to the resolution?,” he asked.

“I do not recall them,” WR Wellness attorney Justin Corbalis replied.

“You don’t remember what you agreed to?,” Kaplowitz asked.

“If I had the transcript, I would gladly give it to you,” Corbalis added.

Her business partner, Rachel Katz, is also a lawyer who has worked with many non-profits. She noted they supported the St. Peter’s Peacocks with a statewide advertising campaign during their historic March Madness run.

Leany Pichardo, the third principal owner and a Newark resident, explained she had a lot of political and governmental experience working at Mercury public relations, also noting she helped out with Newark Mayor Ras Baraka’s re-election to a third term earlier this month.

“To the extent possible we do want to hire the best candidates possible,” Corbalis answered.

To that end, Katz noted they worked with Ward E Councilman James Solomon regarding the Powerhouse Arts District and are in touch with neighborhood leaders.

“We are taking the initiative to educate the broader community,” Katz added.

She said they wanted to work with the Hudson County Workforce Development Board, as well as the county housing office.

“If you’re saying your priority is Jersey City, why not work with JCETP (Jersey City Employment and Training Program) and why work with the county, which is not focused on our city?,” CCB Commissioner Stacey Flanagan, also the city’s Department of Health and Human Services director, asked.

“If it’s a requirement,” Katz responded.

“It’s a respected entity. You’re reaching out to a county entity. This is a concern about Jersey City residents being part of the process. The county is not fully representative of the city,” Flanagan added.

Kaplowitz added that 150 Bay St. “doesn’t really reflect the make-up of Jersey City,” with Flanagan noting she serves on both boards and had not heard about their application until now.

“We are totally in agreement and we’d love to interview as many Jersey City residents as possible,” Katz said.

“Does the board require us to get an updated letter?,” Corbalis said.

CCB Chair Brittani Bunney added that, like many others, their application was submitted a while ago and has therefore created some confusion, advising them to “make sure you have these things tightened up.”

Additionally, Pichardo said they want to start a prisoner re-entry program with the Hudson County Department of Corrections for female felons to train and hire them.

They also want to work with the Hudson County Community College students and help provide them scholarships as well.

“You have the signature of someone who is not there,” CCB Commissioner Glenda Salley Perkins said.

“I’m feeling really uncomfortable with the money and support you’re giving to a county entity and not local nonprofits that have been through a terrible pandemic,” Flanagan stated.

Bunney took a more sympathetic tone than her colleagues.

“You are open to other non-profits, correct? They’re not saying they’re not willing to do it. They just don’t know, but they’re open to direction,” she said.

“I’ve been critical of all three applications. My purpose here is to make sure Jersey City benefits,” Kaplowitz said.

“We’d be happy to work with other organizations,” Corbalis said.

CCB Counsel Ron Mondello asked who would be the one overseeing the day-to-day operations.

“I do have experience in my involvement in a medicinal dispensary in Pennsylvania. I was principal owner from application,” Topkis said, describing how she built the business.

Several members of the Powerhouse Arts District Neighborhood Association spoke in favor of the application.

Moore also  said the neighborhood supports them and hated the old nightclub, while PADAN President Anne Villars also came out in support.

“I would never discount any part of the city,” Bunney responded.

Kaplowitz made a motion to approve them with the conditions they’ll expand their employment search, donate locally, and keep detailed records of job fairs.

“We don’t want to overpromise and underdeliver,” Katz said, eventually agreeing to provide one scholarship.

“You guys made a meaningful effort to get to know your immediate neighborhood and that’s more than anyone has done yet,” Bunney stated.

While there was a second application on the agenda for an adult-use dispensary for at 510 Summit Ave, Amdedo LLC was not present at the meeting and therefore they were not heard.

Ex-Jersey City lawyer sentenced to 26 years in prison for stealing...