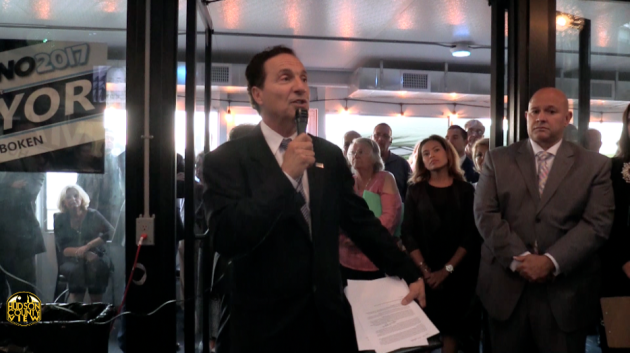 “I have known Anthony for over 20 years. I believe he is the best person to move the City of Hoboken forward and my hope is that the citizens of Hoboken vote for Anthony as their next mayor,” PBA Local 109 President Derick James  said in a statement.

“Anthony is a strong advocate for the people and I have witnessed this first hand, both as a county freeholder and community activist. Anthony knows Hoboken’s history and he is a true public servant.”

Romano, a retired Hoboken police captain, received the endorsement of the local branch of the Fraternal Order of Police earlier this week.

Shortly after that, 1st Ward Councilman Mike DeFusco announced he had the support of the Northeast Regional Council of Carpenters.