A Honduran man wanted in Houston, Texas for the sexual assault of a five-year-old child was arrested in West New York on Wednesday, officials exclusively told Hudson County View. 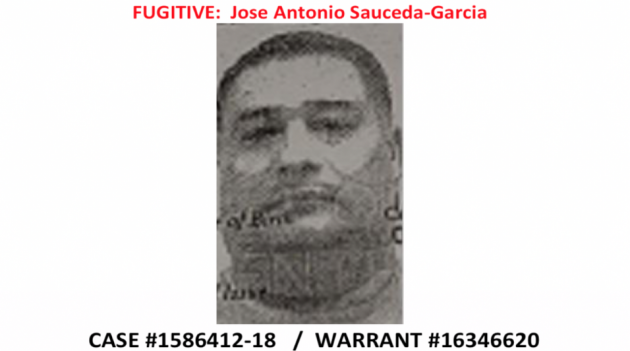 West New York Police Detectives responded to the suspect’s address, where they arrested hime after confirming the validity of the fugitive warrant with Houston police.

According to a Crime Stoppers alert forwarded to HCV, Sauceda-Garcia was wanted for super aggravated sexual assault of a five-year-old child.

The incident in question occurred on December 14th, 2018, though Houston authorities determined that the fugitive had sexually abused the child on many occasions.

At the time of the posting, a $5,000 reward was offered for any information about his whereabouts.

“Our West New York police officers do a tremendous job keeping our community safe and the fact that they were able to apprehend this suspect without incident and take him off our streets is a great outcome,” Mayor Gabriel Rodriguez said in a statement.

“I would like to thank our officers as well as Public Safety Director Flores for providing the
leadership needed to continue making our community safer.”

“This arrest could not have happened without the vigilance of a local resident who contacted police after seeing the suspect in a local media story and realizing that he was living in West New York,” he added.

It’s a great example of the partnership between the police and the community that we are working hard every day to solidify, and I commend all residents for being our eyes and ears and helping the men and women of this department do their jobs.”

Feds: Bayonne man who posed as teen online gets 22 years...