Hoboken Police Chief Kenneth Ferrante, who was named the city’s top cop in late 2014, has announced that he will be retiring on July 1st after 28 years of service. 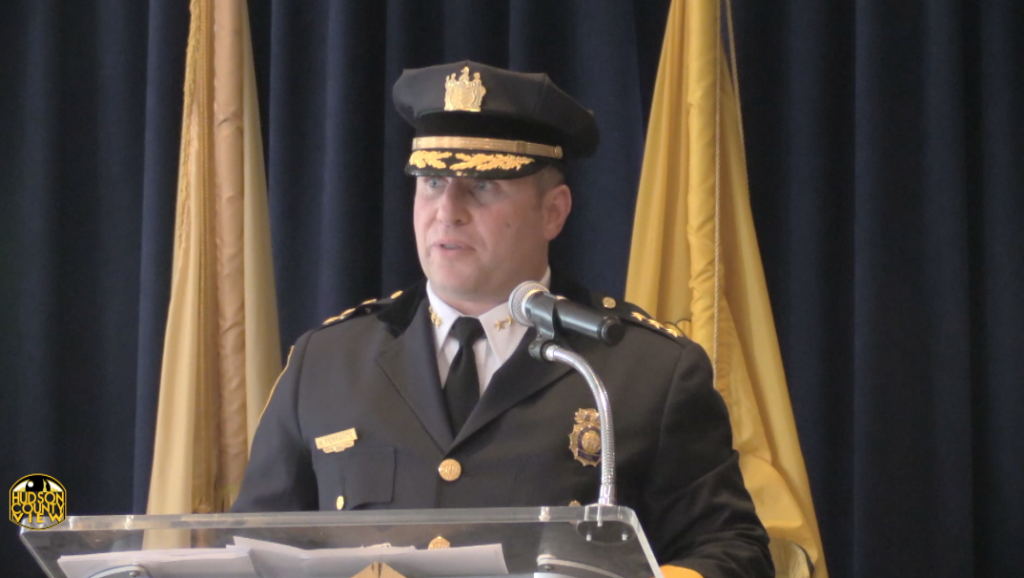 “Today I have applied for retirement, effective July 1, 2021,” Ferrante, who served as the city’s office of emergency management coordinator for two years before becoming chief, said in a email this afternoon.

“I have proudly served this city and loved every second of it. In fact, my father Retired Captain Fred Ferrante and I served for a combined 60 plus years at the HPD. For the past 9 years, I have not disconnected from work, not one day and my command staff knows that is not an exaggeration. Over 3,000 days straight where every single day I spoke to my command staff and answered emails and calls.”

Ferrante continued said that he believes “there is nothing left to accomplish for me personally” and said the department needs a chief who can help implement major changes related to body cameras, marijuana legalization, juvenile justice reform, use of force, police licensing, and a motor vehicle pursuit reboot.

He also indicated that “I am ready to take a little break before my next venture” but didn’t reveal what that venture will be.

Back in July, the administration proposed giving Ferrante a three-year contract that ran through 2022, though the city council briefly considered a two-year agreement that would’ve ended in 2021, which led to a four-choice ultimatum from the chief.

However, cooler heads prevailed when it was all said and done, with the council unanimously (9-0) approving a three-year deal.

“From the crime rates, to the arrests rates, to forming the ESU Unit, Waterfront/Parks, Drone Team, to the most important statistic NOT ONE PENNY paid in any civil liability during my tenure, as well as the many other changes over the past seven years,” Ferrante also wrote today.

“This was a teamwork accomplishment with the combination of the work by me, my Command Staffs, and all of you, and those who have retired in the last seven years.”

“I’m perhaps most grateful to Chief Ferrante for his willingness to go above and beyond the call of duty to protect and serve Hoboken residents during the unprecedented COVID-19 global health crisis,” he said in a statement.

“It was during this time that his true leadership was on full display, serving as a critical partner to my administration at a time that his City needed him the most. His steady hand and crisis management skills allowed Hoboken to stay a step ahead from the very beginning. I’ll be forever grateful for his partnership during that time.”

Editor’s note: This story has been updated with a comment from Mayor Ravi Bhalla.