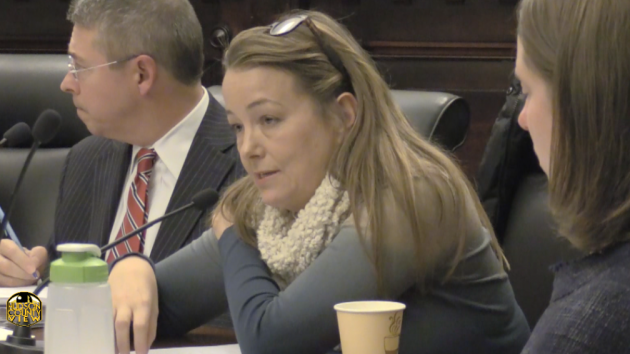 “As indicated above, Councilwoman Fisher has failed to adequately analyze this matter or correctly apply the Cityâ€™s Pay-to-Play ordinance.”

As Hudson County View first reported, Fisher introduced two resolutions where the council will vote to terminate their legal contracts with Lite DePalma Greenberg, LLC, who has performed legal work for Boswell McGlave Engineering, after one of their attorneys contributed $300 to Mayor Ravi Bhalla in March.

Fisher contended that the vendors exceeded the permitted $300 threshold “within one calendar year preceding the date of the contract,” however, Bongiovanni strongly disagreed with her review of the situation.

“Due to the fact that unreportable contributions were made in three (3) different calendar years, there has been no violation of the Pay-to-Play ordinance. Further, in my conversations with Boswell Engineering, they indicated that as a policy they do not donate more than $300 to a candidate per election cycle,” she wrote.

“They indicated that the check that they wrote in 2018 was made out to a different entity and they believed that it was for the next general election cycle for the mayoral election, whereas the previous donations in 2015/2017 were for the 2017 city council election cycle. I understand that this clerical error will be corrected.”

In her analysis for Lite DePalma, Bongiovanni noted that after a review of both the New Jersey Election Law Enforcement Commissions’s (NJ ELEC) website and the firm’s pay-to-play forms, she could find no contributions from the company, or anyone affiliated with it, prior to 2017.

Responding to the law department, Fisher stated in an email that she would be willing to pull the resolution related to Boswell Engineering, but not the one related to Lite DePalma.

“At the end of the day, I am painfully aware that the dollars being discussed relating to Lite DePalma and Boswell are small. One question is where do you draw the line and who decides this?,” she questioned.

“And a second, but more important question, is whether the our pay-to-play officer/corporation counsel are independent and being thorough enough to ensure proper enforcement of our Public Contracting Reform laws.”

“So for clarity, I will be okay pulling Boswell, but I am currently not ok pulling Lite DePalma until we have more evidence from Corporation Counsel on their interpretations of the various related laws. And would like to see a written opinion on Prestige.”

Fisher added the aforementioned resolutions to the agenda after the council tabled a matter earlier this month where they would’ve voted on giving Prestige Environmental an engineering contract.

They thought better of voting on the matter after 1st Ward Councilman Mike DeFusco brought up pay-to-play concerns.Â Â Bhalla, often at odds with the majority of the council, actually commended them on their decision to pull the contract vote.

In her memo, Bongiovanni mentions in passing that she did not review Prestige’s contributions because “the city is no longer recommending a contract reward.”

Hoboken to vote on revised Monarch deal that would bring open...