The Hoboken Housing Authority settled a lawsuit with a former deputy executive director for $125,000 last month, according to a copy of the agreement obtained by Hudson County View. 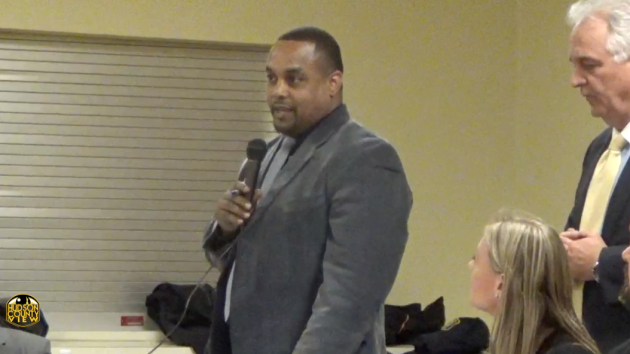 The settlement, dated November 13th and obtained via an Open Public Records Act request, says that the HHA will pay $125,000 to the Jersey City law firm of Miller, Meyerson & Corbo – who represented Ravon Anderson in a discrimination suit.

As is standard procedure in lawsuit settlements, the HHA admits to no wrongdoing alleged in the court filing – which was not included with the settlement agreement.

The HHA Board of Commissioners approved the deal at their November 9th meeting and the matter was also okayed by the U.S. Department of Housing and Urban Development (HUD), according to the agreement.

At that same meeting last month, the HHA signed off on a $700,000 settlement with former Executive Director Carmelo Garcia, as only HCV has reported.

Back in February 2015, Anderson was hired as the deputy ED, at a salary of $55,000 per year, under then-agency chief Bob DiVincent.

At the time, Anderson’s return to the agency, he also worked there as the modernization coordinator from 2005 until 2009, was touted as a welcome homecoming since he grew up in the HHA.

Harriet Miller, the attorney who handled Anderson’s case, did not return a call seeking comment on Thursday, while multiple officials at the HHA declined to comment.

Menendez goes hard at Sanders over Castro comments, doubles down on open primary