Hoboken Council President Jen Giattino has formally announced that she will seek re-election this fall, with a campaign kickoff event set for two weeks from today. 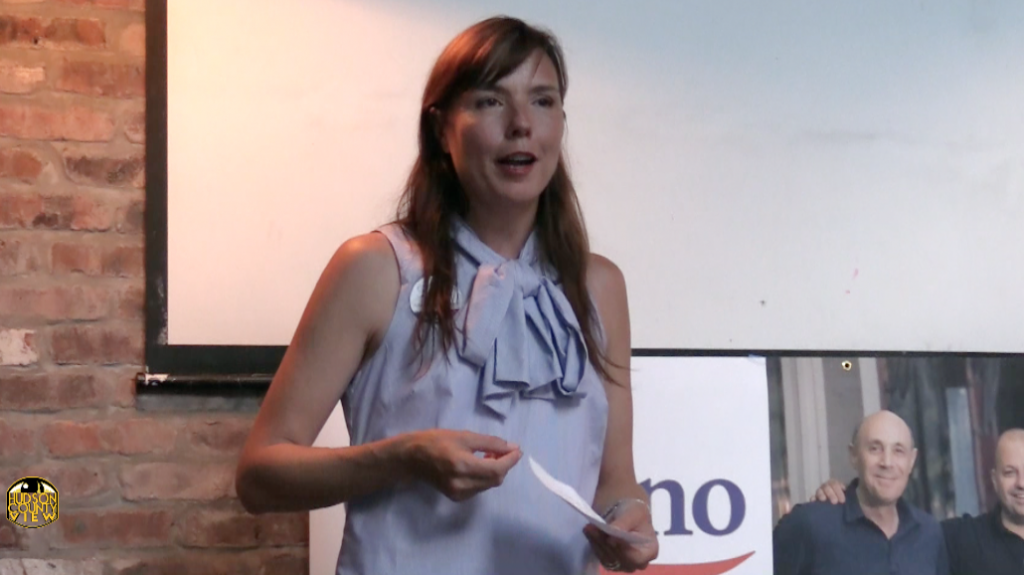 â€œServing the people of Hoboken as a member of the City Council is a responsibility I take very seriously, because the people of our community deserve nothing less than a true advocate who will always do whatever she can to deliver for residents,â€ Giattino, who represents the 6th Ward, said in a statement.

â€œMy neighbors know me as a leader they can trust and count on to provide assistance whenever itâ€™s needed, and also as someone who can make the tough decisions on whatâ€™s best for our city without bowing to political pressure. I look forward to walking door to door and connecting with friends and neighbors and building towards a victory in November.â€

Jen Giattino was elected to the council in 2011 and has since been voted council president by her peers four times.

She partnered with former Mayor Dawn Zimmer on numerous initiatives, such as passing the Rebuild by Design resiliency plan after Hurricane Sandy to instituting a stronger ethics code for city officials to creating new open space like South West Park and Northwest Resiliency Park(BASF).

Aside from providing a focus on constituent services, Giattino notes she has focused on improving quality of life issues and protecting the neighborhood feel that makes Hoboken so special.

Recently, she has worked to reduce homelessness in Hoboken, ensure that local nonprofits are able to continue operating and fixing a loophole in the cityâ€™s rent control law to protect tenants.

Furthermore, Giattino has recently advocated to add the Union Dry Dock location to the open space plan since 2012, supported zoning changes to preserve the historic character of the community, added loading zones to neighborhoods and brought necessary upgrades to city parks – including $250,000 for dog park upgrades.

She will host her campaign kickoff event at Moran’s Pub, located at 501 Garden St., on Monday July 22nd, at 6 pm.

Currently, she will face at least one challenger in Cristen Cricco-Powell, who is running on a five-person slate backed by Mayor Ravi Bhalla.

Out of the 6 Ward council members in Hoboken, only 3rd Ward Councilman Mike Russo and 5th Ward Councilman Peter Cunningham have not announced re-election bids yet, but both are expected to do so long before the September filing deadline.

As of this writing, Bhalla’s team does not have a candidate challenging Russo for his seat.

The Hoboken municipal elections, which are non-partisan, are on November 5th.

Police: Hoboken man busted with 18 bags of heroin, arrested for...