The Hoboken City Council approved the first reading of an ordinance that would allow retail cannabis businesses to operate within their mile square, with the planning board now set to review the measure at their June 1st meeting. 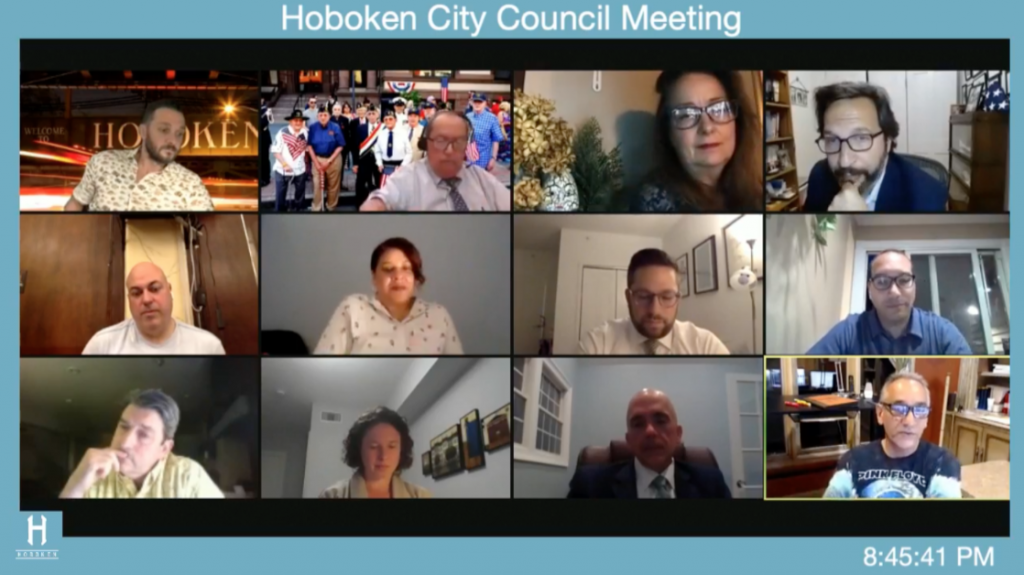 Ron Mondello, the Hoboken Cannabis Review Board attorney, a former councilman for Kinnelon and Fair Lawn, as well as a self-proclaimed 60-year-old Deadhead, addressed the governing body regarding the six ordinances that were introduced as late adds ons to last night’s agenda.

“Everyone has heard: what is this August 21, 2021 deadline? Well, essentially if you don’t take any type of action whatsoever with respect to cannabis, well then the state, the CRC – the Cannabis Regulatory Commission – essentially comes in and they’re going to permit every single class – and there’s six classes,” he explained.

Mondello continued that is was likely the council would only want to consider the Class 5 Cannabis Retailer license for the time being, noting that they would have time to consider the five other options at a later date.

5th Ward Councilman Phil Cohen asked if it would make more sense to hold off on any vote until the next meeting, given that no one had enough time to thoroughly review the ordinances yet.

Mondello responded that if the council feels they can do that and still meet the August 21st deadline, he would have no issue with it.

3rd Ward Councilman Mike Russo, who sits on the cannabis review board and sponsored the ordinances, explained why he feels it’s important to get an early start on the process.

“I think where there’s a little bit room for discussion for having a discussion is ‘do we regulate how many licenses we’re gonna have in the city?’ right? And that’s gonna be up to us,” he began.

“So what I’d like to do is get a first reading done tonight so that it’s on the books, if it fact it does get delayed in any way, we have a leg to stand on with the state to say ‘look, we started this process well before the 21st, we just have to refine something.'”

Cohen remained a bit hesitant, reiterating that carrying the ordinances would only be a two week delay and that the council had very little time to review them prior to the meeting.

At that point, Councilman-at-Large Jim Doyle noted that while he hadn’t had a chance to read through all the documentation either, the Class 5 retail license would require planning board approval, which next meets on June 1st and then wouldn’t meet again until July.

For that reason, it made sense to vote on that measure immediately and carry the others until the next meeting.

After it appeared that everyone was in agreement, Russo commended Mondello for his help in the matter, indicating that he was well suited for this job.

“I gotta stop smoking it, now I’m getting confused: which number is that,” said City Clerk Jimmy Farina.

Eventually, the first reading of the ordinance was approved by a unanimous vote (8-0), with 6th Ward Councilwoman Jen Giattino absent.

The Hoboken Cannabis Review Board gave the Harmony Foundation high remarks last month, a medical marijuana shop that already has a location in Secaucus and is hoping to open a second dispensary at 95 Hudson St.

The council’s vote comes just three days after neighboring Union City’s planning board followed the lead of their board of commissioners, unanimously approving (5-0) a blanket prohibition for marijuana establishments, citing the quality of life standards outlined in their Master Plan.

GoFundMe started for Jersey City family who lost everything, including cats...