The third time was the charm last night as the Hoboken City Council finally found common ground on a budget amendment, this one being $1.7 million and paving the way for a 2.8 percent tax decrease. 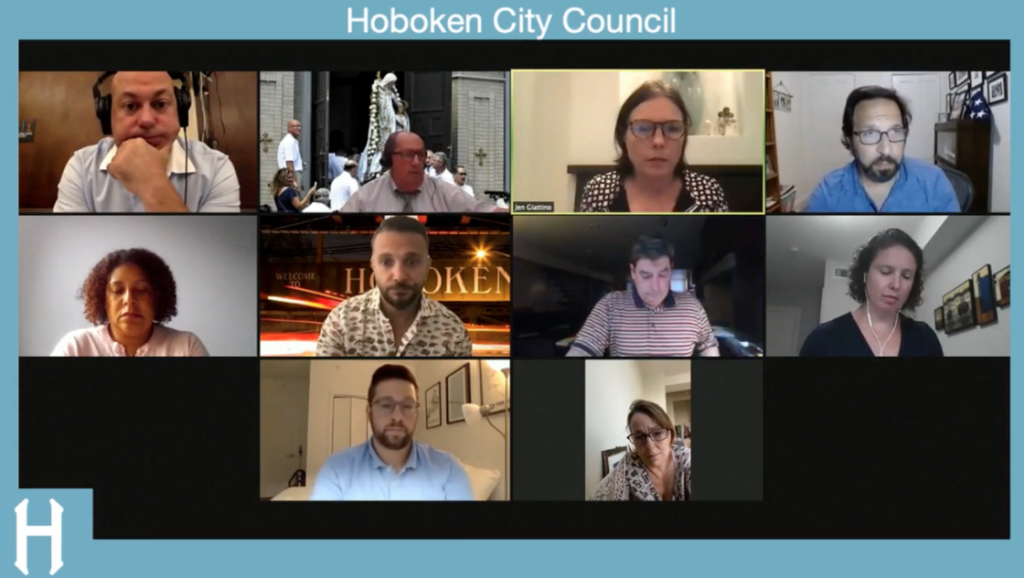 “I want to give an update of where we’ve gone to get to here. We yesterday sent around a summary to the council members to try and be very clear in terms of outlining the dynamics where we are on a budget amendment,” Councilwoman-at-Large Emily Jabbour, the chair of the finance subcommittee, began.

” … Unfortunately, going into the meeting tonight, I think there was some confusion then on how we would achieve the additional funds. We went back to the state based on the $250,000 addition, have again received approval from them to move forward with that. So I’d ask that we move forward with that proposed amendment.”

She also noted that the $250,000 would be allocated towards capital improvements, that the amendment would be just under $ 2 million, and will come with a net tax decrease of 2.8 percent.

2nd Ward Councilwoman Tiffanie Fisher, who proposed budget amendments with a 4.5 and 3.1 percent tax decrease, respectively, voted down at two separate meetings in June, commended everyone involved for getting to this point.

“The originally introduced budget was a zero percent [tax increase] budget, I think there was discussion on approving that and I think early on we started the conversation that this is the year to give taxpayers relief: we’re getting a lot of money from outside sources to go into the budget, we should be able to filter some of that back,” she said.

Hoboken received $27,201,022.91 from the American Rescue Plan and $7 million from those funds were infused to this budget, which currently sits at about $125 million.

” … What happened today, just for clarity, around the Castle Point issue, it actually wasn’t in the original budget way back when, it was something that when our amendment a couple months ago with a four percent tax decrease – we put it in that amendment and it ended up being removed when it went through the finance subcommittee.”

Fisher, along with 1st Ward Councilman Mike DeFusco and 6th Ward Councilwoman Jen Giattino, had been advocating to have a budget amendment fund the restoration of Castle Point Terrace and Court Street.

Jabbour responded that this budget was “cut pretty much to the bone” to achieve this result, but would still be willing to consider a further compromise on capital improvements.

From there, 3rd Ward Councilman Mike Russo asked if those street repaving projects would be completed this year, to which Business Administrator Jason Freeman said they likely would not, but it would be a starting point.

“I don’t think you’re gonna see a fully baked, complete road restoration, things like that, but I think as Councilwoman Jabbour said previously and what I mentioned to Councilwoman Fisher earlier today, those would kind of kickstart those projects,” he began.

Still prior to the vote, Giattino pointed out that discussions on restoring Castle Point and Court Street have been ongoing for years and that Castle Point hasn’t been repaved in 100 years.

” … When you take into consideration how many times we’ve paved every road, and no money being spent on that, it really is about time we did something with Castle Point Terrace and Court Street and I would like to see money to do the engineering studies and have a plan ready to go when we fix the water mains.”

1st Ward Councilman Mike DeFusco said that these two roadways are the most historic in the Mile Square City, yet are the most neglected, noting that bonding and county matching funds could be pursued.

5th Ward Councilman Phil Cohen thanked everyone for collaborating to reach a common goal, while Councilwoman-at-Large Vanessa Falco asked what would be done to revitalize the rent leveling and stabilization office.

Freeman said the plan was to advertise for those positions after the budget amendment was approved, with the new staff having software upgrades for their computers by the time they start.

Ultimately, the budget amendment was approved unanimously (9-0). In a statement this morning, Mayor Ravi Bhalla thanked the governing body for their efforts on this issue.

“After a year and a half of hardship, I’m glad to report that taxpayers will see a tax reduction in this year’s budget, providing much-needed relief while maintaining important City projects including water main upgrades, funding for parks, and improvements to critical infrastructure,” he said.

“Even though we’ve faced substantial financial challenges during a global health pandemic, our collaboration with the City Council and assistance through the American Rescue Plan has allowed us to produce another balanced budget for the third year in a row. I thank members of the Council, especially Finance Sub-Committee Chair Emily Jabbour, for working with my administration on creative budget solutions. I look forward to this budget’s formal adoption in the coming weeks.”