For the second meeting in a row, the Hoboken City Council opted not to vote on where to appropriate the $243,000 earmarked for the city’s schools from 770 Jackson St. payment in lieu of taxes (PILOT) agreement. 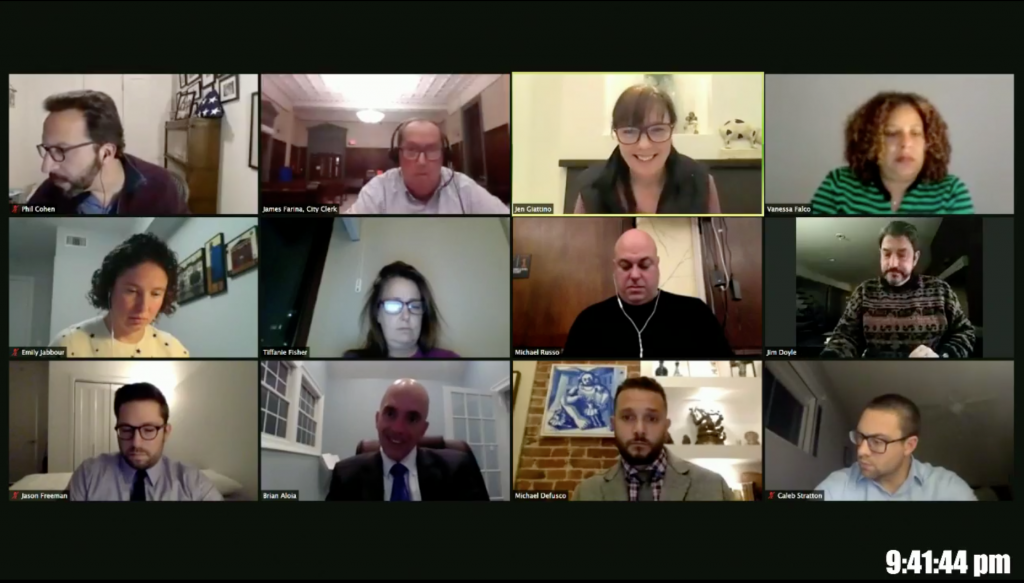 Council President Jen Giattino indicated the letter sent to the city’s elected officials yesterday from Guillermo Artiles, a partner at the law firm McCarter and English and former associate counsel to Gov. Phil Murphy (D), on behalf of the city’s three charter schools precluded the council from taking action.

“The ordinance would fly in the face of the Resolution and would ultimately reduce per-pupil funding, thus hurting every child that attends a public charter school in Hoboken,” letter said, as only HCV reported.

She added that Council members Ruben Ramos and Tiffanie Fisher had sought guidance from the New Jersey Department of Education on whether the charters legally deserve a piece of the charter funding.

“This is something we should discuss substantially,” 5th Ward Councilman Phil Cohen, a sponsor of last night’s resolution along with Councilwoman-at-Large Emily Jabbour, said.

Their local legislation would’ve allocated the full $243,000 to the board of education, something the school board has pushed for adamantly, despite the objections of the charter schools: Elysian, HoLa, and Hoboken Charter.

However, Giattino did not allow council discussion before the resolution was tabled 5-4 with Council members Cohen, Jabbour, Jim Doyle, and Mike Russo voting no.

“I completely understand the position of the charter community … [but] the only legal recipient for these funds is the Hoboken Board of Education,” Jabbour concluded.

She added the charters should speak to the state DOE on regarding the parameters of their funding formula.

“I think it’s unfortunate that we don’t just put it up to an up or down vote,” Doyle added.

That didn’t stop members of the public from voicing their opinion on the matter though, with that portion of the meeting spanning over two hours.

“I’m very frustrated with this process because it seems crystal clear that you can’t do hypotheticals when your asking the state to make a decision on something. I think what Councilwoman Jabbour said was dead on accurate,” said Nicole Pearlman, a parent with children in the Hoboken Public Schools.

“That the only sort of decision-making that the state … that they can make is yes, we approve the funds that are within the district, we approve x amount to go to the charter schools – which is of course x amount is already going to the charter schools – but if it were to be additional, it would have to come from the state level, not the city level.”

Valerie Bernstein, a 5th Ward parent, expressed concern that this topic didn’t appear to have had any movement since the last meeting and questioned why the council hadn’t reached a consensus yet.

“I have a three-year-old daughter and a new born son and speaking with my Hoboken community of parents with young children, they all agree that a thriving public school system is a critical element of why they plan to raise their kids in Hoboken,” she added.

Stan Zlotsky, another local parent from the 5th Ward, said it’s “clear as day” that the PILOT revenues should go exclusively to the public schools.

“Anybody who disagrees with that simply has the wrong motivations.”

770 Jackson St. was previously an industrial building that has been converted into luxury rentals with 424 units in the building.

The city, via a council vote, entered into a PILOT agreement with the developer, Bijou Properties, back in 2016 and with a revenue payment now pending, questions remain on where it should go.

At the council’s last meeting, they pulled a measure sponsored by Ramos that proposed a roughly 80/20 split between the city and the three charters after nearly four hours of public comment.