A Guttenberg man pleaded guilty in Morris County Superior Court for an international car theft scheme conducted between 2007 and 2009, where luxury vehicles were stolen from New York, rerouted to New Jersey, and then resold to consumers all the way in Abu Dhabi, Acting Attorney General John Jay Hoffman announced yesterday.

Adam Hassan, 32, of Guttenberg, pleaded guilty to second-degree receiving stolen property and as a result of the plea agreement, the state will recommend that Hassan serves a four-year sentence in state prison.

His cohort in the operation, Tomas Bladimir Castillo-Abreu, 28, of Bronx, N.Y., pleaded guilty to third-degree receiving stolen property and received a state recommendation to serve 364 days at the Morris County Jail – followed by a three-year probation period.Â

The duo was indicted in Morris County back in 2012 after authorities tracked the sale and resale of aÂ 2007 Cadillac Escalade and a 2008 BMW 550i, officials said. Castillo-Abreu would prep a middleman on which vehicles to sell to Hassan, who would then resell the vehicles to buyers in Abu Dhabi, according to the indictment.Â

â€œThese two associates were primary facilitators in a ring of thieves, middlemen and shippers who greedily sought to take for themselves what was hard-earned by auto-purchasing New Jerseyans,â€ said Hoffman in a prepared statement.

â€œNeither domestic nor international borders matter when criminals believe easy money can be made. As evidenced by the penalties, New Jersey will not allow its ports and locales to be hubs for international crime.â€

â€œCar theft threatens the integrity of the insurance industry, whether or not the theft itself occurred within our borders,â€ said Acting Insurance Fraud Prosecutor Ronald Chillemi in a written statement, whose office assisted in this case.

Hassan and Castillo-Abreu will be sentenced on October 17 in Morris County Superior Court by Judge Mary Gibbons Whipple. 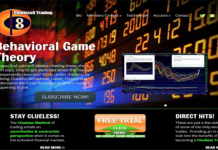 Police: Man charged with DWI after getting caught with open beer,...