Jersey City Mayor Steven Fulop is revealing changes to use of force orders for the local police department after signing former President Barack Obama’s pledge to take action on the matter. 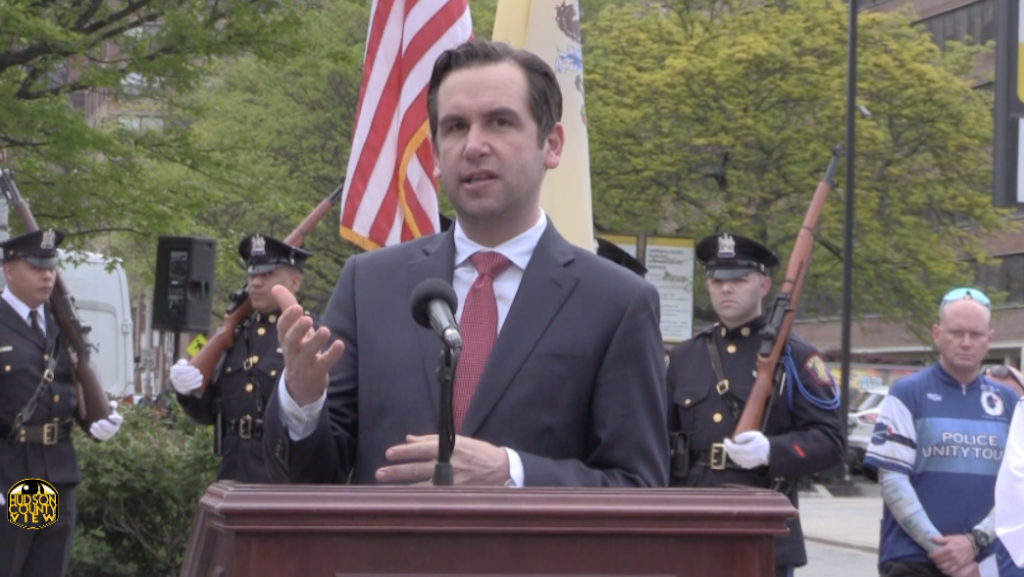 â€œI took the pledge last night when President Obama asked mayors to step up and we are starting on Day 1 with changes and clarification where neededâ€ Fulop said in a statement.

â€œWe have the best police department anywhere in the country and when it is possible to be even better, we will take steps to get there.â€

A Campaign Zero effort, 8 Can’t Wait seeks to have every police department to commit to specific policies that the movement says can decrease police violence by 72 percent.

Those polices are requiring de-escalation, a use of force continuum, and comprehensive reporting, as well as warning before shooting, exhausting all other means before shooting, having a duty to intervene, banning shooting at moving vehicles, and banning chokeholds.

The mayor’s office has indicated that five updates will be made so that the JCPD follows all of these guidelines.

For example, the use of force continuum has been added to de-escalation techniques, chokeholds are banned beyond “an absolute last resort,” and an officer is mandated to intervene when he or she believes a colleague is using excessive force.

Furthermore, a supervisor will now be advised to respond to any scene where use of force was deemed necessary and the Internal Affairs Unit will take a more active role in reviewing these reports.

Finally, JCPD members should not shoot at a moving vehicle unless there is an “imminent danger of death or serious bodily harm.” Officers are also advised not to fire their service weapons solely to disable vehicles.

Thus far, there have been two peaceful protests in Jersey City this week: one over the murder of George Floyd and one against police brutality.