Jersey City Mayor Steven Fulop is hammering Uber Eats in light of the company adding a new surcharge in response to an executive order capping their delivery fees at 10 percent: calling them “a company that embodies EVERY bad character trait in corporate America.” 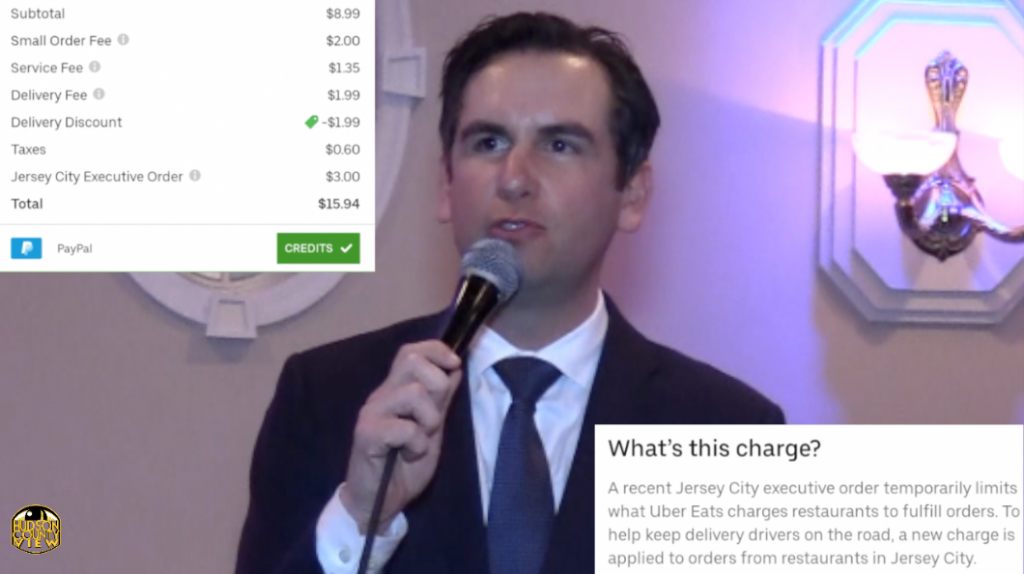 “Uber is just a terrible company that only cares about corporate profits. Itâ€™s really ‘special’ how they send an email pretending to care about protecting their workers when their entire reputation as a company is based on exploiting working ppl,” Fulop tweeted this morning.

“Bottom line is we hope ppl order direct from the restaurants for delivery (best option) or another delivery platform that actually cares for a local economy. There are plenty of choices and there is no reason to rely on Uber which is a company that embodies EVERY bad character trait in corporate America.”

His remarks came after a number of Jersey City residents took to social media expressing frustration with a new $3 surcharge that now comes attached to every Uber Eats order from a Jersey City eatery.

“A new Jersey City executive order temporarily limits what Uber Eats charges restaurants to fulfill orders. To help keep delivery drivers on the road, a new charge is applied to orders from restaurants in Jersey City,” the app says when users click on the explanation of the new fee.

An email to customers adds that overs from Jersey City restaurants may become “less reliable” due to the aforementioned directive, noting that delivery distances may be shortened in the future.

Uber spokesman Harry Hartfield noted that adding the surcharge was a tough decision, also indicated that Jersey City residents that orders from restaurants in surrounding areas will not have to pay a surcharge.

â€œThis was a tough decision, and we know it will impact customers and restaurants. The fee will only apply to Jersey City restaurants, so customers in Jersey City can still order from surrounding areas to avoid the additional cost,” Hartfield said.

According to Market Watch, Uber had a tumultuous first quarter in 2020, losing nearly $3 billion dollars, though two thirds of that money was invested in their ride-sharing companies in Asia.

After the Jersey City Council approved a first reading of an ordinance on Wednesday, Fulop signed an executive order the next day capping third-party food service delivery fees at 10 percent during a state of emergency.

Officials said at the time that these delivery fees typically range from 15 to 35 percent.

By Thursday evening, Uber Eats, Door Dash, Grubhub, and Postmates put out a joint statement opposing the order, claiming that it would hurt the restaurants the city is trying to help and that they were not consulted before the legislation was enacted.

The first reading of a similar measure in Hoboken was approved on Wednesday and Uber Eats has also come out against that local legislation.