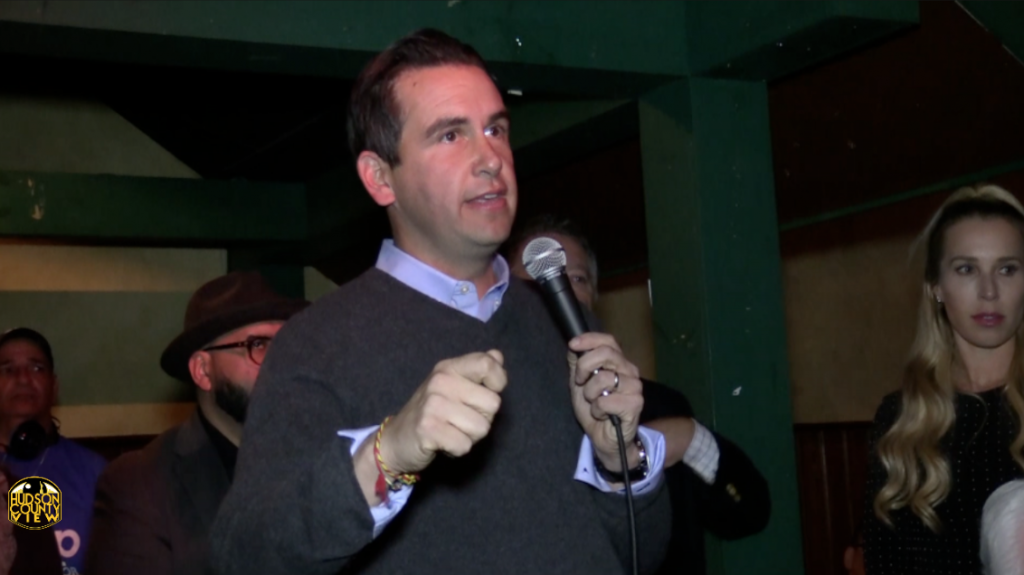 In the past week, Hoboken and Union City have implemented indoor mask mandates, while North Bergen has imposed a similar order for public buildings.

One week ago, Fulop wrote on Twitter that Jersey City would follow Gov. Phil Murphy’s (D) guidance when it comes to COVID-19 mandates and he is sticking to his guns on that one, citing steady hospitalization and fatality rates locally.

“We look at fatalities and hospitalizations, we talk to our hospitals every single day, and we aren’t seeing increases there due to our high vaccination rate. We’re going to wait for guidance from our governor. I don’t think a patchwork approach with different standards and criteria makes sense,” he stated.

“We gotta stay flexible and very conscious of variants and have close contact with our hospitals and state officials and be prepared for the worst case scenario, but we’ll eventually get through this variant and start to see signs of recovery.”

A week-and-a-half ago, CarePoint CEO Dr. Achintya Moulick said “I think the media should not send people in a frenzy” over the latest COVID-19 surge since hospitalizations and deaths remain relatively low during an event at Christ Hospital.

According to Jersey City’s COVID-19 dashboard, Christ Hospital has seen between 7 and 27 COVID-19 patients this month and the seven day average of cases in Jersey City was 485 as of December 29th. There were also 11 deaths this month as of that date.

As for tomorrow’s inauguration ceremonies at City Hall, the mayor said capacity at council chambers is 225 people and less than 100 people are expected, limited to family members, city directors, and media.  Face masks will also be required.

Last week, HCV highlighted a court dispute tenants at 96 Duncan Ave. were having with their landlord, alleging they haven’t had heat in months. Fulop noted that situations like this one are being given priority by the administration.

“We’re expanding our office of affordable housing and our goal is to create a comprehensive database that residents can navigate more easily than what it is today. Landlords feel that tenants who haven’t been paying rent have led to more aggressive measures. We want to make sure they’re not pushed around by unfair landlords,” he explained.

“It’s around the quality of life task force being vigilant and responsive and the next six months is going to be a trying time from a case load standpoint when the eviction moratorium expires.”

As far as violent crime goes, Fulop acknowledged that homicides are up from last year, from 16 to 24, though also said that shooting incidents and homicides resulting from homicides from physical force are down.

When asked what was being down to prevent violent crime, especially among teens, Fulop revealed that after discussions with advocacy group Jersey City Together, a request for proposals (RFP) for “violence interruptors” and other social services is out to bid and should be answered by the city in January.

“The expanded social services program is thanks to conversations with Jersey City Together and the RFP is intentionally somewhat broad so we have lots of types of responses to choose from,” the mayor stated.

“We’ve also started to look at officers within the JCPD with college degree around social service qualifications and how we can leverage that to helping with addiction treatment and other things.”

After a decisive 2-to-1 victory over Lewis Spears in November, Fulop will be the first third term mayor in Jersey City since notorious Democratic party boss Frank Hague.

That fact isn’t lost on him, also indicating that he’s ready for whatever the next four years bring.

“I’m thankful for the opportunity to serve a third term. It is a humbling experience to be the first third term mayor since Hague. I know the challenges over the next four years will be the biggest ones we’ve faced, especially the next 12 to 24 months with landlord-tenant relations – there’s going to be no easy answers to that – but we’re up for it.”