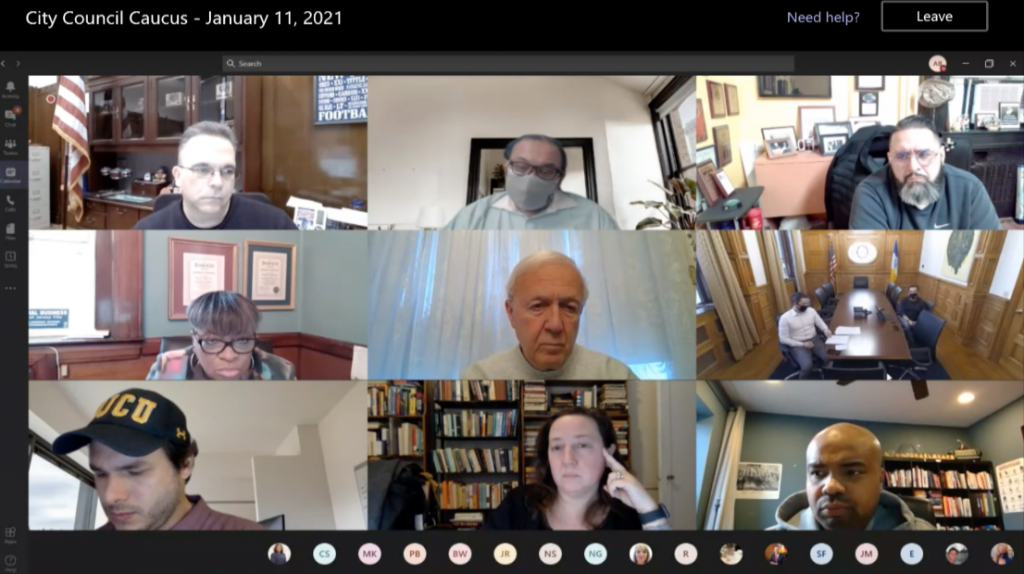 “Over the last year, we have tried to correct a lot of salary issues citywide,” Fulop began.

He explained that the city has reviewed municipal salaries and want to make sure they are competitive, pointing out that prior Business Administrator Brian Platt took a similar post in Kansas City, Missouri that offered far greater compensation.

“Rather than us picking a number we think is fair, we’re going to let the marketplace dictate that and be competitive with our sister cities in the region. Our goal is to make sure we are compensating people fairly,” the mayor added.

The ordinance, which will be introduced on Wednesday, would mirror many of Newark’s municipal salary guidelines, notably bumping up the BA’s salary to $260,000 – $90,000 more than what Platt earned.

Fulop also said his administration supports an ordinance that would establish a two percent tax on medical cannabis purchases in theoretical dispensaries in the future and that money would go to the affordable housing trust fund.

“We just thought the affordable housing trust fund is something that is in need and we wanted to be in support of,” Fulop said.

Money from a tax on recreational cannabis in the future could go towards other priorities such as public schools, as well as homeless and addiction issues, he added.

“Other states that have done this, they have received more revenue from recreational marijuana than medical marijuana. But I do think the affordable housing trust fund is a good place to start,” said Ward D Councilman Yousef Saleh.

While it appeared that Gov. Phil Murphy (D) and the state legislature had reached a deal on how to move forward with legal marijuana last week, the deal collapsed at the last minute.

On another note, an ordinance making a block of Baldwin Avenue one way was hotly debated among residents, prompting it to get pulled from Wednesday’s agenda.

“Thank you to the council for introducing this. You’re likely to see a similar similar ask regarding Summit,” said Fulop.

He continued that later this year, there will be a comprehensive transportation ordinance that will provide comprehensive details, though the process is still in it’s infancy.

“It’s very early to say what’s it going to look like,” Fulop said regarding the future ordinance.

“What is our commitment actually to see this through?,” Lavarro asked, referring to a proposal to make a street a one-way in the Heights.

“Nobody has been a bigger champion of more bike lanes across the city than me,” Fulop responded.

“Nobody’s interested in the sideshow over here,” Fulop exclaimed.

He explained that Jersey City seeks to do a thorough study on transportation issues that has community and activist support along the lines of similar transportation initiatives.

“Vote how you want to. I’m not here to argue with you,” he concluded.

“I am going to vote how I want to. It’s the double talk that I wanted on the record,” Lavarro said.

The enmity is likely reflective of the fact that Lavarro is strongly considering challenging Fulop for the mayor’s seat this year, recently panning the additions of Ward C Councilman Rich Boggiano and Hudson County Democratic Organization Chair Amy DeGise to his ticket.

Boggiano, who had previously advocated for public comment regarding bike lanes prior to a vote, indicated that his stance hasn’t changed.

“We wanted to ensure there is enough public notice prior to any changes that are made,” he said.