Jersey City Mayor Steven Fulop announced that the city is dropping their lawsuit against the Friends of Loews for the best interests of Loews Theatre. 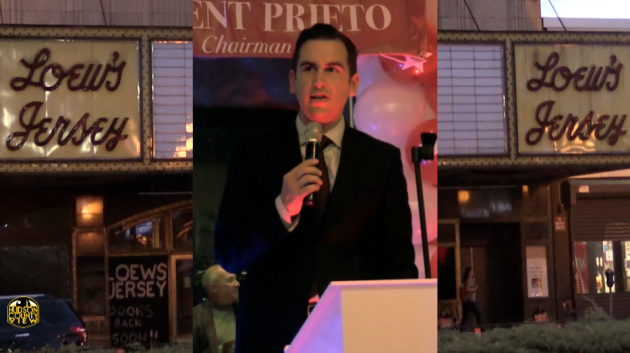 â€œWe made a commitment to rebuilding our relationship with the Friends of the Loews so we can have a productive partnership and reach our common goal of restoring the theater to a vibrant community space,â€ Fulop said in a statement.

â€œOver the past several months, we have been meeting with the Friends of the Loews and discussing ways we can collaborate on some of the more immediate renovations and work toward future plans.â€

The city had been embroiled in a lawsuit with FOL for years in hopes of breaking the group’s lease on the theatre, which runs through February 2020.

In 2014, the Fulop administration retained AEG Live following a bid process to renovate and manage the Loews Theatre after previously notifying the Friends of the Loews that their lease with the city was invalid.

FOL sued and the city filed a countersuit alleging a breached lease. While the court has ruled via summary judgment that FOL has a valid lease, they also ruled that the city may pursue its countersuit for breach of lease at trial.

The city is dismissing that suit as the administration and FOL work together on the future of the theater.

â€œWhile our dialogues have been positive and constructive, we saw dismissing the lawsuit as the right thing to do as we work together in good faith on the theaterâ€™s future,â€ added Fulop.

Over the next few weeks, the administration expects to go out to bid and then begin work on projects that will help improve safety and functionality of the theater, such as the installation of emergency lighting, smoke detection and standpipe systems utilizing Hudson County Open Space Trust Fund grant dollars, officials said.

Repairs to a cracked structural wall on the side addition of the theater will also begin over the summer and once complete will allow the scaffolding near the alleyway to be removed. This work will be funded by capital dollars from the city.