Jersey City Mayor Steven Fulop and Jersey City Board of Education Trustee Amy DeGise are continuing their feud ahead of the June 12th vote for the Hudson County Democratic Organization chair, this time trading shots over the “diversity” of the local party. 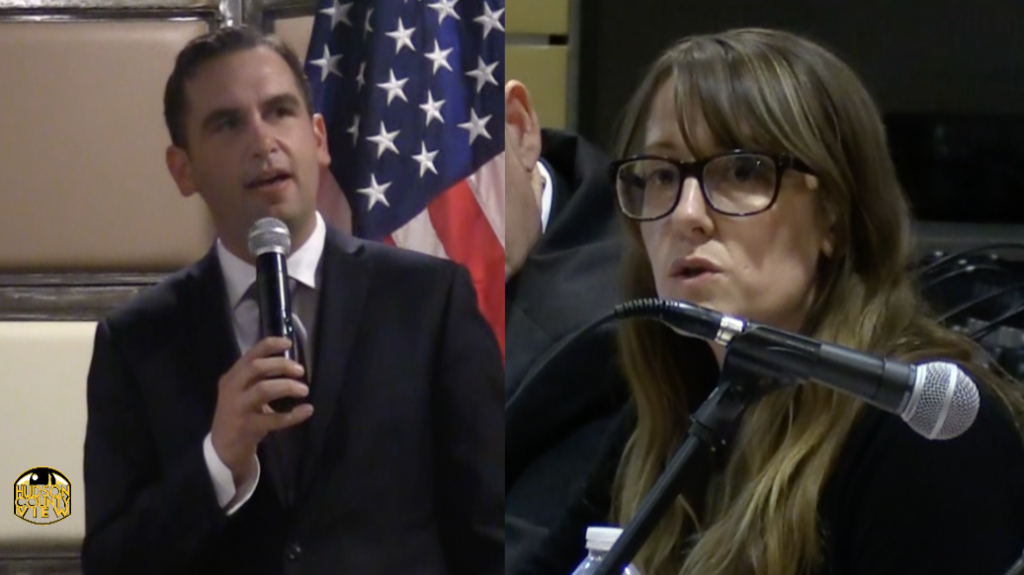 “Ahhh… the Hudson County Dems. This picture from a fundraiser this week. A model of inclusiveness, diversity – just the big tent democratic politics everyone wants to see. This pic says it all why I think change is good,” Fulop tweeted about a photo from a fundraiser for Freeholder Anthony Romano (D-5).

On Tuesday evening, Romano hosted an event at the Kolo Klub in Hoboken headlined by Codey, with a good portion of Team DeGise in attendance.

Fulop and Stack are of course leading the charge to oust the elder DeGise in 2019, while Amy looks to put those plans to a screeching halt by defeating the North Hudson power broker in a head-to-head contest that is expected to be a tightly contested affair.

A fly on the wall at Sacco’s annual mayor’s ball: Fulop...