Hoboken 1st Ward council candidate Migdala Pagan-Milano is calling on her opponent Mike DeFusco to return $9,400 in contributions from Frank Raia, who was convicted of vote-by-mail fraud charges yesterday, and the councilman said he has already donated to a local cause. 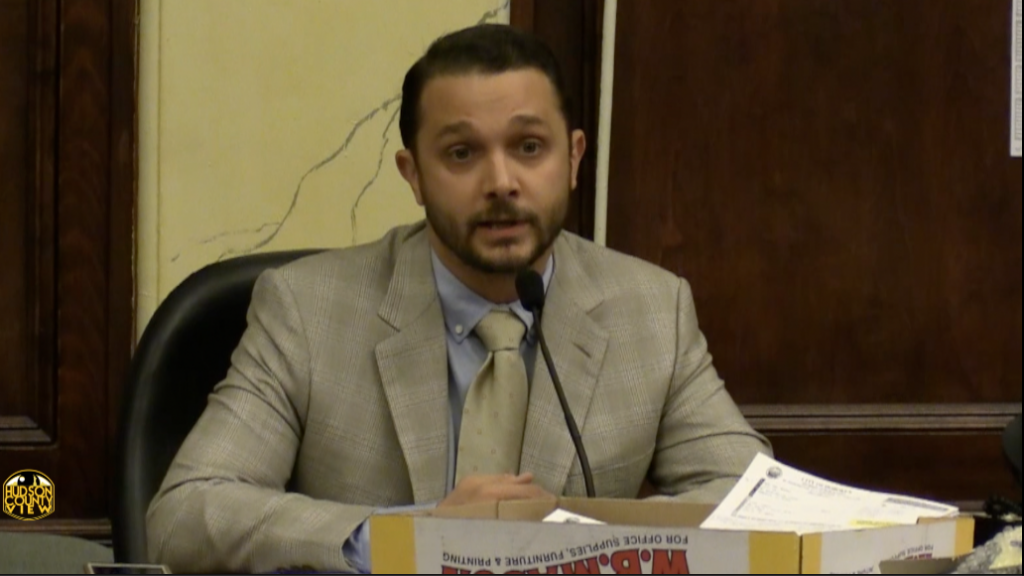 Early this morning, DeFusco announced that he would be splitting the $5,400 donation, the aggregate amount Raia donated to his 2017 mayoral campaign, to the local American Legion – an organization committed to helping homeless veterans – and the Jubilee Center.

â€œI have long supported legislation that supports our homeless veterans and helps them rebuild from a vulnerable state,â€ DeFusco said in a statement. â€œPolitics must work for everybody and the money donated to me from Frank Raia in 2017 has no place in my campaign.”

“Illegal vote buying has tainted the electoral process in Hoboken for decades, stripping residents of their right to let their voices be heard. Frankâ€™s conviction should send a strong message that this type of illegal behavior is unacceptable and those guilty of corruption must be held accountable for their actions.”

DeFusco also noted that Raia has been a regular contributor to Democratic candidates and entities for years, calling on others to follow his lead and donate to a cause.

â€œAs a lifelong resident, I have seen first-hand the negative impact of political corruption on our city,” she said in a statement.

“It is critical that all Hoboken elected officials send a strong message that political corruption that undermines the integrity of our elections will no longer be tolerated in Hoboken. As the recipient of a large total of $9,400 in contributions from Mr. Raia it is especially incumbent on Councilman DeFusco to return the money. Failing to do so sends precisely the wrong message.â€

“Councilman DeFusco has already donated every dollar personally contributed to his campaign by Frank Raia. I would remind Migdala that her personal political benefactor Ravi Bhalla, the person responsible for signing her paychecks, was a longtime supporter of Frank, referring to him as an ‘asset to the City of Hoboken,'” she explained.

“If Migdalia and Ravi truly cared about this serious situation, they would be calling on everyone who received donations from Raia to return the money instead of taking cheap shots at Councilman DeFusco.”

Team Bhalla campaign spokesman Rob Horowitz called DeFusco’s response “a misleading attack” and chided him for not returning or donating the $4,000 from the Raia-linked LLC.

â€œInstead of doing the right thing Mike DeFusco chooses to do what he does best, launch a misleading attack. He is simply refusing to return nearly half the money Frank Raia gave him, making a distinction without a difference.â€

This isn’t the first time Pagan-Milano has attacked DeFusco over fallout from the Raia trial.

Last week, she asked the councilman to remove political consultant Ryan Yacco from his campaign after he testified, though DeFusco announced shortly thereafter that Yacco was not a part of his re-election bid.

According to records with the New Jersey Election Law Enforcement Commission, the 600 Monroe St. LLC donated $4,300 to Gov. Phil Murphy (D) about a month before he was elected in 2017.

Records also show Raia making a $3,100 contribution (one from an LLC, one directly) for the state Senator Brian Stack (also the Union City mayor)-linked Union City First organization in 2012, as well as a $500 donation to the Hudson County Democratic Organization in October 2014.

Raia faces a maximum sentence of five years, as well as a potential $250,000 fine, when he goes before U.S. District Court Judge William J. Martini on October 3rd.

The Hoboken ward council races are non-partisan and will take place on November 5th.

Editor’s note: This story was updated to show that the Jubilee Center was the recipient of one of the donations from the DeFusco campaign.

Hoboken council again decides not to vote on 770 Jackson St....