Filipino Americans gathered in Lincoln Park in Jersey City on Sunday to protest the regime of Filipino President Rodrigo Duterte and his crackdown on civil rights. 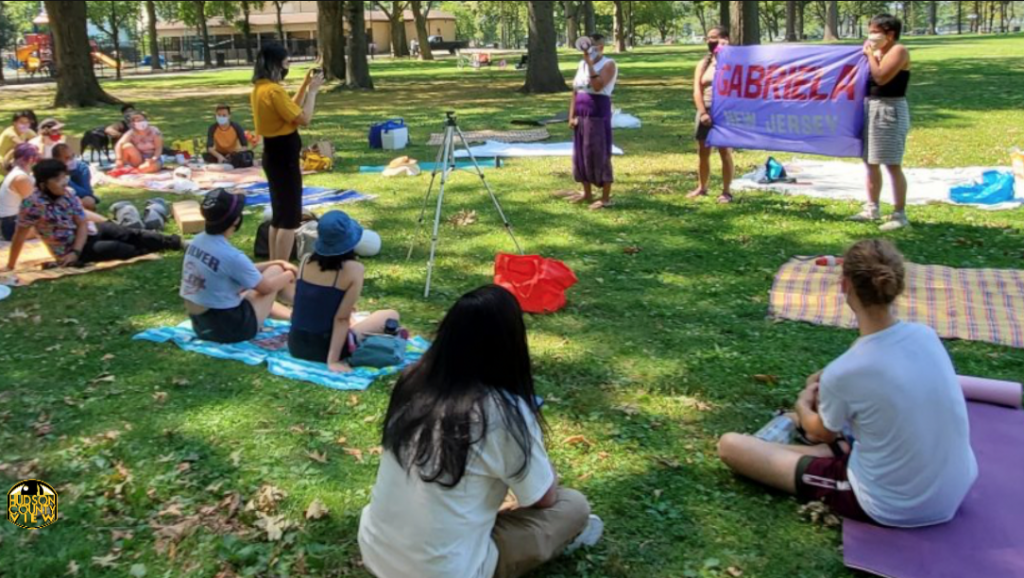 Filipino student, youth, labor, and feminist groups that are chapters of groups involved in the National Democratic Movement in the Philippines worked together to organize the People’s State of the Nation address in Lincoln Park.

Duterte, who has been in office for four years,  recently imposed an anti-terror law that is seen by many as the equivalent of martial law on the country. It has already caused several dissenters to be locked up.

The protest was organized as a picnic with a social atmosphere while people socially distanced by sitting on their own blankets. In addition, speakers cleaned their hands with hand sanitizer before using a bullhorn.

Alphie Llantero, a member of Anakbayan Rutgers spoke to the assembled crowd.

He said the American government has supported Duterte’s regime by selling them American-made arms and munitions.

One of the companies that made the arms was Boeing which LLantero said made a deal with Rutgers University to conduct Research & Development and recruit talent in exchange for investment.

“We stand with the students and the broad Filipino masses in fighting fascism,” said Llantero.

She added that she has been involved in Gabriela New Jersey for three years.

Gallagher further stated that women and gender non-conforming people have been at the forefront of the fight against Duterte.

“Filipinos are left with no options but to resist,” Gallagher exclaimed.

According to group at large, not only is Duterte oppressing people, he has done little to effectively prepare and react to the COVID-19 pandemic

“They’re vulnerable to sickness and uncared for by the Filipino government,” Gallagher said of Filipino healthcare workers. She said the money that was supposed to go to humanitarian aid has instead gone to militarizing the police.

A representative for Gabriela New Jersey spoke at a march against the War on Drugs in Newark last week.

Zimmer at State of the City: ‘Flood protection does not have...