Allies of former West New York Mayor Felix Roque including Steven Rodas, Silvio Acosta, and Ruben Vargas, are suing Mayor Gabriel Rodriguez and the town for political retaliation after being let go or demoted from their jobs last year. 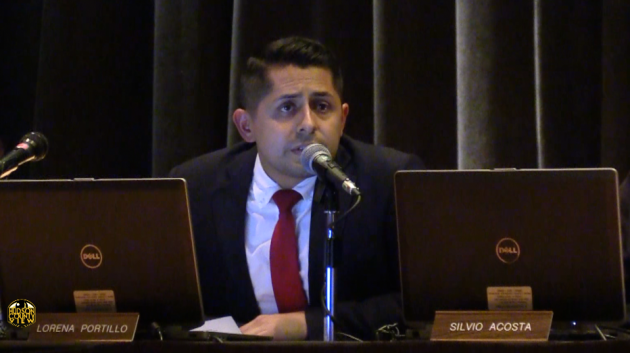 In the case of Rodas, a former trustee on the board of education and suing for losing his post as assistant CFO at the parking authority, he says that while the WNYPA was dissolved, he was not terminated for “cause” which violated his contract.

Throughout last year’s campaign leading up to the May municipal elections, the New Beginnings West New York team, headed by Rodriguez, said they would get dissolve the parking authority to save up to $429,000 a year.

The board of commissioners approved the dissolution about a year ago and has since been replaced by a parking services utility.

In the case of Acosta, he was terminated on May 30th of last year, nine days after his successor, Board of Education Trustee Joe Rodriguez – the husband of Freeholder Caridad Rodriguez (D-7), was selected as the head of the West New York DPW.

However, the town indicated at the time that he was being let go since he never acquired the proper certifications from the state, as only HCV reported.

Nevertheless, he claims in the suit that “he lost a large amount of sick days, vacation days, and/or personal days he was entitled to.”

As for Ruben Vargas, a town commissioner between mid-2011 through January 2015, was promoted to field operations manager for the WNYPA in 2017, according to the suit.

While he was terminated in November of last year, he remains employed by the West New York Housing Authority, despite pleading guilty to equity skimming back in May 2016.

The other two plaintiffs, Mexzi Bailetti and Christian Pineda, also worked for DPW and allege that Supervisor Angel Alfonso told them “it’s not going to be good for you” the day after Roque and his team lost the election.

They were subsequently demoted, and Pineda claims he was “forced to resign” in February of this year.

Alfonso was a staunch supporter of Rodriguez last year and is part of a separate retaliation filing against Roque in federal court.

The five plaintiffs are seeking compensatory, consequential, and punitive damages, along with “attorneys’ fees with appropriate enhancement,” costs of suit, interest, and any other relief the court deems just and equitable.