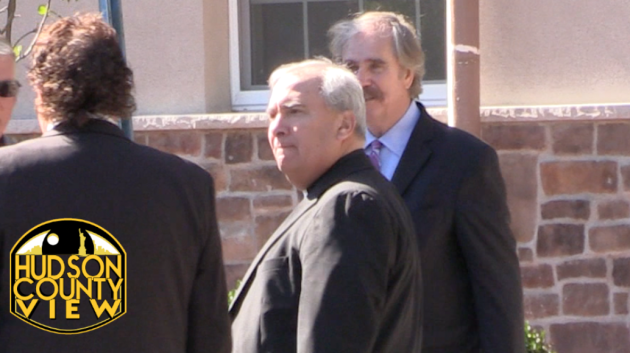 Carter pleaded not guilty to charges of endangering the welfare of a child and for aggravated assault in front of Judge Louis Dinice in Bergen County’s Central Municipal Court in Hackensack early this afternoon.

“My concern, at this time, is more for the young boy and his family than for myself. I am confident that I will be vindicated and that my reputation will not be harmed among the people who know me. I will be OK,” Carter said in a statement, adding that he “always had a deep respect and affection for law enforcement.”

Carter’s father was a police officer for 40 years before retiring.

Expectedly, Cassidy was dismissive of the case brought by the Bergen County Prosecutor’s Office, stating that the notion that he brought the eight-year-old boy into the rectory and had any intention to do harm to him was false.

Cassidy explained that the incident occurred in between masses at St. Margaret of Cortona Church on September 13, where the family of the eight-year-old boy brought him into the rectory “for the sole purpose of a good ribbing” between a Dallas Cowboys fan and a New York Giants fan. Carter is a passionate supporter of the Giants.

Carter was already inside the rectory with Richard Fritzsky, who was showing the priest a replica Civil War musket. Both Fritzsky and Carter consider themselves “Civil War buffs,” Cassidy said.

After “a harmless, good-natured exchange” about the opening day showdown between the Giants and Cowboys,” where he admitted Carter picked up the musket – to the laughter of everyone on hand.

“No rational person could think that a replica of a Civil War musket was purchased in 2015 as a firearm for self-defense,” Cassidy said firmly over the phone. “This gun was never fired, never loaded and it never would be. It was an artifact of interest.”

Fritzsky, in a witness statement to the court, gave a turn of events that corroborated with what Cassidy said, also adding that the eight-year-old boy and Carter engaged in further playful banter after the court session ended.