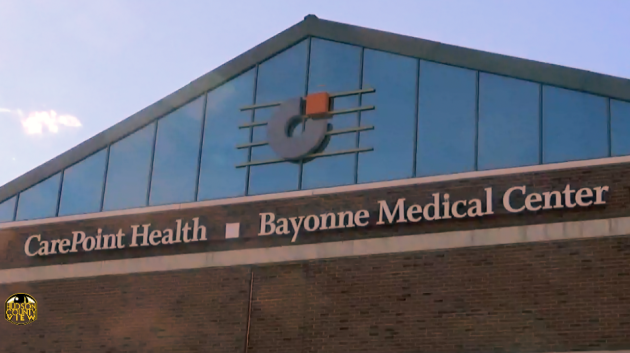 The Hudson County Improvement Authority, the entity presiding over the proceedings, notified the property owners and operators of Bayonne Medical Center, Christ Hospital and Hoboken Medical Center that “an on site inspection of each facility will be conducted by the Authority’s real estate appraisal experts,” according to Caitlin Mota, a spokeswoman for the agency.

The notices, sent out earlier this month, are “part of [the HCIA’s] ongoing due diligence efforts to ensure Hudson County residents continue to have access to proper and sustainable healthcare services,” Mota said.

The notices mark the beginning of proceedings approved by the Hudson County Board of Chosen Freeholders in May to potentially acquire the properties of the three local hospitals owned by CarePoint Health.

CarePoint signed a letter of intent to sell the Bayonne Medical Center to a new operator, BMC Hospital LLC,  in March, but Hudson Regional Hospital later revealed a $220 million land deal with Avery Eisenreich just when CarePoint thought they were ready to move forward with BMC Hospital.

The land deal was made with Eisenreich, also the owner of Alaris Health, who also has control of 70 percent of the HUMC property and the entire BMC property.

CarePoint filed suit against HRH earlier this month alleging they were interfering in the sale of the Bayonne Medical Center, though a judge denied emergent relief in the case, which isn’t scheduled to go to trial until February 2021.

Nearly every elected official in Bayonne has come out against the land grab.

In June, Bayonne Mayor Jimmy Davis and Assemblyman Nick Chiaravalloti (D-31) – along with a number of Bayonne Medical Center workers – came out in public support of the BMC Hospital LLC deal.

Officials with BMC LLC yesterday, speaking to reporters, were confident that they are the ideal candidate for the Bayonne Medical Center.

“There’s a reason that they’re backing us,” BMC LLC President Wayne Hatami said of the political support from the county and city. “I think it will go a long way with the [New Jersey] Department of Health.”

“We’re very confidant we can attract the top specialists … that the hospital already serves,” he added.

“We want to make it a success and we’re confidant that it will be a success.”

HRH, however, remains confidant as well that they will eventually get the necessary approvals from the NJ DOH.

They also expressed skepticism over the legality of the county using eminent domain to acquire the hospital real estate.

“We have a legal opinion … that eminent domain cannot be applied to hospitals,” said HRH spokesman Ron Simoncini.

“The fact of the matter is Hudson Regional is an esteemed facility, it’s done great, it’s got the respect of the county because it designated it for its COVID-19 testing site, he said.

“They are trying everything. They’ve got desperation written all over them; this is their death rattle.”

Still, while both business entity’s have been at each other’s throats for the last couple months, there doesn’t appear to be any concrete timeline for when a decision could be made by the state.

BMC officials are hoping to have their application approved within the “next couple of months,” Hatami said, “but it’s completely out of our hands right now.”