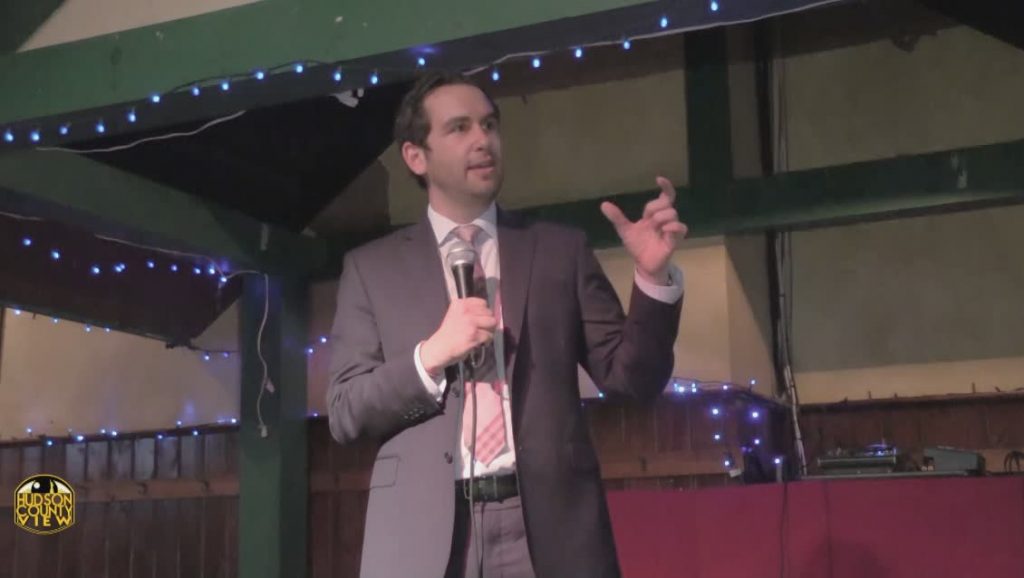 Putnam Partners, a consulting firm out of Arlington, Virginia, was paid $49,987 via two separate checks on August 27th.

They received aggregate contributions of $4,350 from Assemblywoman Angela McKnight (D-31), $2,000 from Lyndhurst Mayor Jim Anzevino, $3,750 from former Councilman Steve Lipski, whose wife, Yraida Lipski, is the county commissioner for the fourth district (she gave $575), and $3,500 from Ward C Councilman Rich Boggiano – who is part of the nine-person slate.

Other standouts among the hundreds of donations include $7,250 from Kenny Caulfield, co-owner of The Ashford and Six26, $7,000 from New Jersey Sports and Exposition Authority CEO and President Vincent Prieto – a former state assembly speaker – and Hudson County Sheriff Frank Schillari contributed $1,650 (all in aggregate amounts).

Furthermore, the largest aggregate donation to date is from the NJ State Laborers PAC with $73,800.

As far as expenditures go, Washington-D.C.-based Hart Research Associates was paid $15,300 for polling on July 6th.

The team is also paying a number of consultants besides Vision Media, out of Secaucus, who is receiving $1,500 a month, along with around an additional $35,000 total for consulting fees and making house signs.

Crossroads Consulting, which lists an address out of Alexandria, Virginia, was paid $25,000 on August 23rd, while aforementioned Putnam Partners earned another $49,962.50.

Meanwhile, Ward E Councilman James Solomon, who is in the unique position of being an incumbent running against a Fulop-backed challenger, has $85,798.70 COH after raising $100,303.32, his October 4th filing shows.

He also spent $140,766.55, which was made possible by prior strong fundraising tallies in quarters 1 and 2. His preferred consulting firm is Spiros Consulting, of Washington D.C., who was paid $12,375 in two installments on July 6th.

A member of the Democratic Socialists of America, Brooks has relied primarily on numerous small donations, with most contributors chipping in $100 or less at a time.

His biggest expenditure was paying Michael Dewar, out of Philadelphia, Pennsylvania, a total of $7,150 for political consulting.

As for Zuppa, his biggest donation was $2,000 from 9200 Kennedy Boulevard LLC on July 29th, while he spent $23,500 on Vital Media Relations, a consulting firm in Rutherford.

Ward D challenger Danielle Freire did not file anything new since the second quarter, with fellow challenger John Salierno filing an A-1 on October 4th, indicating he will not raise more than $5,800 in the three-way contest.

Kristen Zadroga Hart, who is seeking the Ward A council seek, reported $6,400 cash on hand on October 4th, while Ward F challengers Vernon Richardson and Frank “Educational” Gilmore” have not filed yet, according to ELEC’s online database.

In the at-large races, Councilman Rolando Lavarro shows $13,451.64 in his October 4th filing, which includes a $1,000 donation from Salierno on August 26th.

Elvin Dominici, who is bracketed with former Ward B Councilman Chris Gadsden and Morris Canal Community Development Corporation President June Jones, reported $3,881.71 COH, while Gadsden has a balance of -$5,225 and Jones with $6,447.27.

Finally, mayoral challenger Lewis Spears has not filed to date. His campaign manager, Michele Lewis, acknowledged that they missed the October 4th deadline, but added they plan on filing tomorrow.

The non-partisan Jersey City municipal elections are on November 2nd and the last day to register to vote is today.