The Bayonne mayoral race is looking very close, at least financially, as Mayor Jimmy Davis and challenger Jason O’Donnell have comparable amounts of campaign cash on hand/fundraised this year, according to campaign finance reports.Â 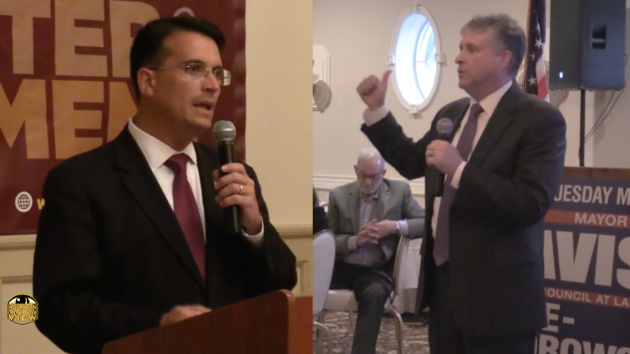 O’Donnell, a former Assemblyman, and his five-person council slate have about $117,271 on hand and have raised around $216,173 since January 1st, according to reports filed with the New Jersey Election Law Enforcement Commission (NJ ELEC).

The International Union of Operating Engineers Local 825, who endorsed O’Donnell back in November, gave $8,200 to his mayoral account on January 19th, before dropping a hefty $41,000 in the Team O’Donnell war chest on March 6th.

According to their own April 4th ELEC filing, they spent $79,997.95 on TV production, TV media buys and digital media buys.

â€œStronger Foundations, Inc. is an independent organization designed to inform the public about the importance of infrastructure investments throughout New Jersey, as well as provide information regarding the positions of legislators and other elected officials on these very same issues,â€ Stronger Foundations spokesman Mike Makarski said earlier this month.

Furthermore, the O’Donnell team has been willing and able to spend money when necessary: spending $16,200 on a poll by McLaughlin and Associates on January 11th, shelling out $30,000 for accounting/payroll services to Organizing Montrass Group, Inc. on February 15th and $54,000 on consulting services with KNS Strategies on March 17th.

The most notable donation to Team Davis was a $13,000 check from Ryan Graham, received on February 9th according to ELEC.

Graham is the director of business development for employee benefits for the Verona-based Fairview Insurance – one of the largest insurance firms in the state.

Additionally, Secaucus-based Vision Media Marketing has done most of the heavy lifting for the Davis campaign: helping them with mail, videos, photos, advertising and consulting services.

This earned them a lump sum of roughly $74,014 between February 19th and April 3rd, ELEC shows.

Finally, Dr. Mitchell Brown, a third mayoral candidate running independently, has just $9,861 on hand and has only raised $14,815 for this election cycle, according to his ELEC report filed on April 8th.

The Bayonne municipal elections are on May 8th. 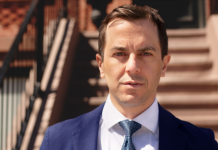