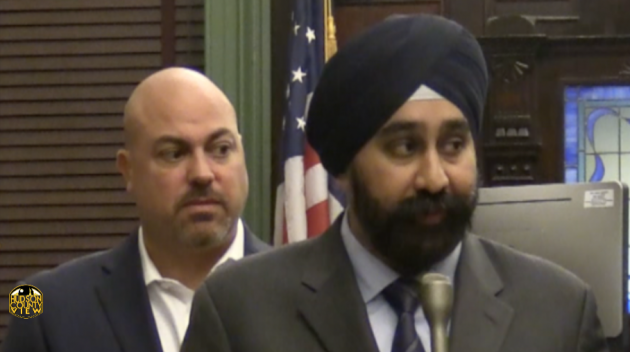 Bhalla, elected to a second term while unopposed in November, received $1,500 from William Guarini, the owner of Guarini Plumbing and Heating, on May 9th, and $1,000 from prominent criminal defense attorney Joe Hayden on May 24th, his July 15th report shows.

A local business, Stan’s Sports Center, gave $1,500 on April 29th, while former Mayor Dave Roberts gave $1,000 on May 24th – the day when he served as emcee for a Bhalla birthday bash.

Members of his campaign indicated that he raised about $100,000 that day, with this report showing $46,650 for this quarter, though contributions were also made to Emily Jabbour, Joe Quintero, and Jim Doyle – his council-at-large running mates.

As far as expenses go, Bhalla gave a max donation, $2,600, to North Bergen Mayor Nick Sacco’s re-election campaign in May, as well as $1,000 to help U.S. Rep. Mikie Sherrill (D-7) to win another term in November.

Meanwhile, Russo, the longest serving member of the council and an expected future mayoral candidate, raised $10,955 this quarter and reported $3,902.50 in expenditures, his July 17th filing shows.

His largest expense is a $1,300 monthly rent, utilities, and internet payment for an office space at the Monroe Center at 720 Monroe St.

None of the other Hoboken council members reported raising any money in the second quarter and the ward council races are in November 2023.