While details are still being sorted out, an official told HCV that a construction worker was killed today after being buried in a trench collapse near Route 440 in Jersey City. 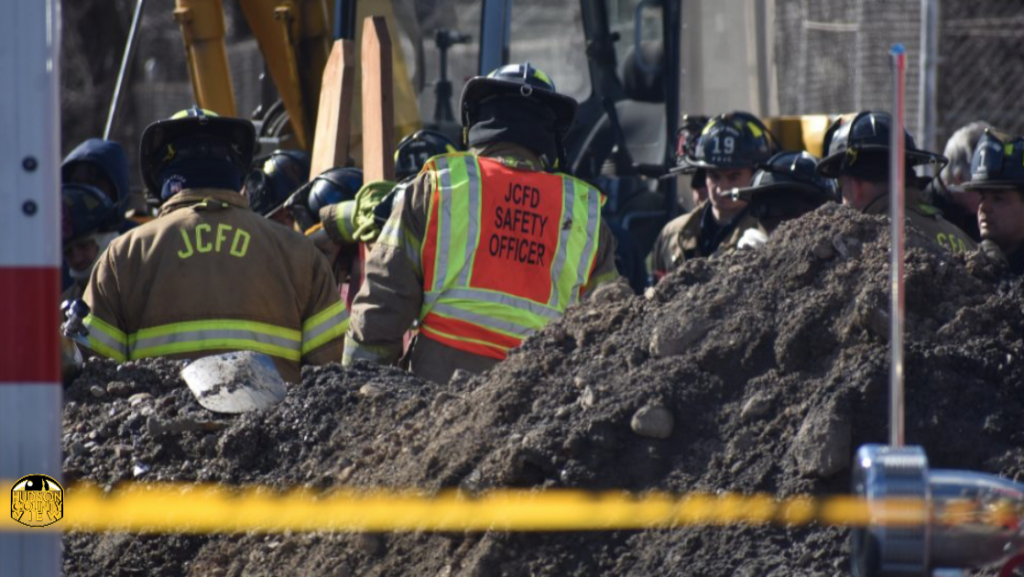 At 9:30 a.m. Thursday morning, crews were on the scene on Route 440 near the Society Hill apartment complex replacing a water line when the ground collapsed, burying a 35-year-old man up to his chest, according to Jersey City Office of Emergency Management and Homeland Security Director W. Greg Kierce.

The man was reportedly working with his father and brother on the scene, which is part of a family-run business, Kierce said. The crew was setting up to replace a water line for apartments at Society Hill.

A number of first responders were on the scene, including the Jersey City Police and departments, as well as officials from the Occupational Safety and Health Administration (OSHA).

The cause of the collapse has yet to be determined and is under investigation.

As of this writing, authorities have not released the identity of the deceased.