Former state Assemblyman Sean Connors has pulled his name from a list of contenders to fill late Jersey City Ward D Michael Yun’s seat, where the council will appoint his replacement no later than May 6th. 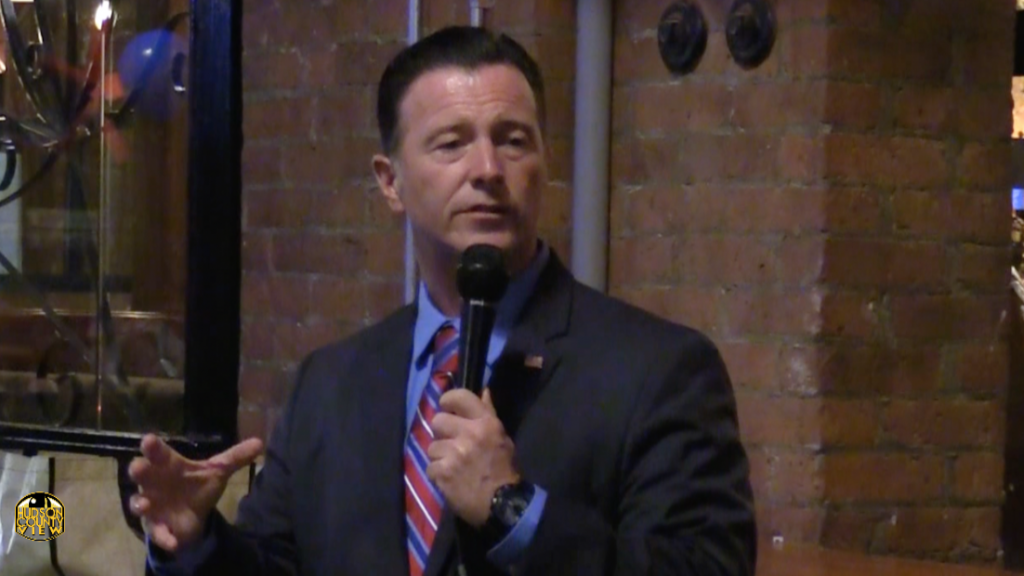 “I would first like to take this opportunity to once again extend my condolences to the Yun family, our City Administration, and our residents for the ‘hurtful’ passing of Councilman Michael Yun. Councilman Yun, along with his wife Jennifer, and a dedicated staff led by Vernon Richardson, will always remain in our hearts as we are grateful!,” Connors wrote on Facebook.

“As there is a need to fill a vacancy left on our city council, I amÂ humbledÂ and honoredÂ to be considered for this office by numerous residents who have reached out in support. It has truly touched me, in ways you can never know!”

Connors, who has also served on the local board of education, is the current acting director of the security division for the Hudson County Sheriff’s Office, a post he was appointed to in September 2019, and said the right thing to do is to be committed to that job until the COVID-19 pandemic is over.

“Now, it is with a very heavy heartÂ that I cannot accept the challenge to run for our Ward D council seat. It would be totally neglectful, to the people whom I love the most, outside of my family!”

Connors ran against Yun in 2013 as part of then-Ward E Councilman Steven Fulop’s mayoral ticket and he ended up losing in the runoff.

While Connors had the support of Ward C Councilman Rich Boggiano, as well as Yun’s son Benjamin, he has decided now is not the right timing for him to get back into elected office.

His decision comes less than a day after Councilmen James Solomon and Rolando Lavarro announced that they will be conducting interviews with Heights council hopefuls, which will be published on their social media pages.

With Connors out, the three candidates that have been invited for an interview are Riverview Neighborhood Association President Jocelyn Patrick, as well as Patrick Ambrossi and Cynthia Hadjiyannis â€“ two former top campaign aides for Yun in 2013.

To submit questions to Ward D council candidates, or to request an interview, email
rlavarro@jcnj.org and jsolomon@jcnj.org.

Yun died due to COVID-19 complications on April 6th and under state statute, the council must name his replacement in 30 days.

Their next regularly scheduled council meeting is on May 6th, though they could still theoretically convene a special meeting next week.

The seat will be up for grabs again in a November special election, then be contested once more in the 2021 municipal elections.