10th District congressional hopeful John Flora says that while her remarks were probably insensitive, he doesn’t agree with the elected leaders calling for a school board trustee to resign over a deleted Facebook post many referred to as anti-Semitic.

â€œRather than hastily demanding her resignation this was an ideal moment for our locally elected to sit down with Mrs. Terrell, clarify her statements, and be prepared to demonstrate empathy,” Flora said in a statement.

“Was she still processing the event? Did it traumatize her? Did it remind her of years of trauma that her Greenville neighbors experienced?â€

Earlier this month, Jersey City Board of Education Trustee Joan Terrell-Paige posted on Facebook that members of Greenville’s Jewish community were “brutes” for the way they acquired property and forced African Americans out of their homes, as HCV first reported.

â€œWhere was all this faith and hope when Black homeowners were threatened, intimidated, and harassed by I WANT TO BUY YOUR HOUSE brutes of the jewish community? They brazenly came on the property of Ward F Black homeowners and waved bags of money,â€ the post said.

The comment, which was on a Facebook thread, came less than a week after a December 10th domestic terrorist incident in Jersey City, which authorities said was motivated by anti-Semitic and anti-law enforcement beliefs, claimed four innocent lives.

On the other hand, the Hudson County Democratic Organization Black Caucus expressed a sentiment along Flora’s mindset, indicating that while Terrell-Paige’s delivery was poor, her statement still “heightened awareness around issues that must be addressed.”

Flora, a Greenville native who is also a Jersey City teacher, further explained why he felt her comments had some real value.

“I can see why some people said her comments lacked sensitivity. She shouldnâ€™t have directly asked â€˜what is the message [that the shooters] were sending?â€™ But there still remains a bigger conversation to be had by the city and the school district alike,â€ Flora stated.

â€œThe black community has been plagued by violence and a sense of abandonment for decades. Tragedies happen all the time in certain areas of Jersey City without any national attention. There is an outcry for help here we can no longer ignore.â€

A school board meeting had been scheduled for December 19th, with the board slated to vote on a non-binding resolution to censure Terrell-Paige, as well as requesting her resignation.

However, that meeting was cancelled due to “potential security risks,” while public meetings for December 23rd and December 30th were also called off.

The board is set to convene next at the Public School No. 41, located at 59 Wilkinson Ave., on Thursday at 6 p.m. This will be their annual reorganization meeting to select a new president and vice president.

Prior to the meeting, a 5:30 p.m candlelight vigil in front of the school will allow residents to voice their support for Terrell-Paige to remain on the board. Her term expires at the end of 2020.

Flora has already announced his intentions to run against U.S. Rep. Donald Payne (D-10) in the June Democratic primary. 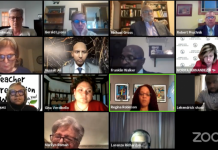 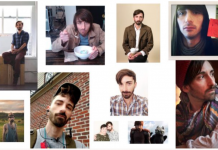