Following a unanimous vote by the city council, Jersey City has formally reappointed Jake Hudnut as their chief municipal prosecutor. 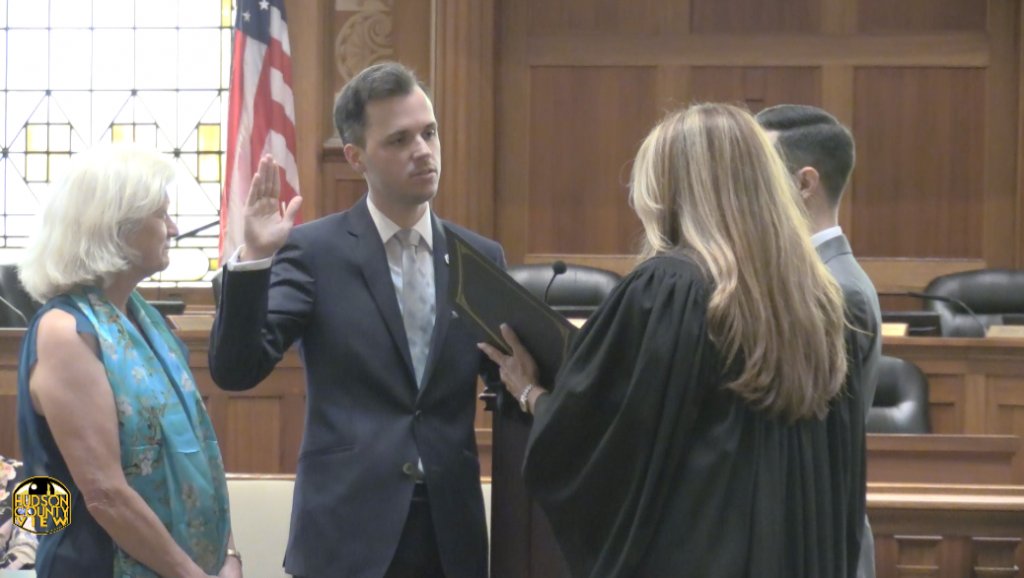 “In April, 2018, Chief Justice Rabner called on all New Jersey municipalities to build a fairer, stronger municipal court experience for residents. Jersey City answered the call and followed through by naming Jake as our chief prosecutor,” Mayor Steven Fulop said in a statement.

“We’re going to continue moving forward on this reform for our residents.”

A public defender before being nominated for the post last June, Fulop praised Hudnut’s leadership for being the first in the state to try to decriminalize marijuana, along with knocking on doors of negligent property owners enforcing tenant’s rights – with more upcoming advancements in the pipeline.

Attorney General Gurbir Grewal ultimately said that municipal prosecutor’s did not have the authority to decriminalize marijuana, though that led to a statewide directive on prosecutor’s could downgrade or dismiss marijuana cases.

“You can’t increase the integrity of municipal courts without allowing municipal prosecutors to exercise judgement and discretion,” Hudnut added.

“And I credit Mayor Fulop. No other mayor in the state has stood so strongly beside a municipal prosecutor. Together we are transforming the statewide conversation on marijuana legalization from one purely about taxation revenue to one including social justice, racial equality, and local control.”

Hudnut is also the chair of the Mayor’s Quality of Life Taskforce, which focuses the power of interdepartmental code inspection and law enforcement on negligent property owners and businesses.

The taskforce has had noted success in compelling absentee landlords to make needed repairs for tenants.

“By moving the QLC Taskforce under Jake’s office, we ensured that he and staff are responsive to residents, law and code enforcement, victims of crime, and tenants that have nowhere else to turn,” Fulop explained further.

“Everyone deserves a safe place to call home and clean neighborhood to live in. That is what the Taskforce, and the dozen City offices that comprise it, is fighting for every day,” Hudnut said.

Enhancements to the Municipal Prosecutors Office include modernization by increasing prosecutor’s accessibility to the public, such as victims of crimes, and increasing online and by-mail disputes or payments of violations.

The Office also partnered with the Office of Public Safety and the Jersey City Police Department to streamline discovery fulfillment and to establish permanent law enforcement presence in the Office to enhance enforcement, investigations, and warrant executions.

Additionally, monthly Victims of Crime Resource Day was recently launched to provide a unique opportunity and access to representatives of the New Jersey Attorney General’s Victims of Crime Compensation Office to assist victims of certain eligible crimes with resources on eligibility for possible compensation.

Hudnut also serves on the Jersey City Employment and Training Program board, a volunteer post, as they deal with turmoil while trying to select a new executive director.