The City of Hoboken has received a perfect score from the Human Right Campaign Municipal Equality Index for their LGBTQ policies for the second consecutive year. 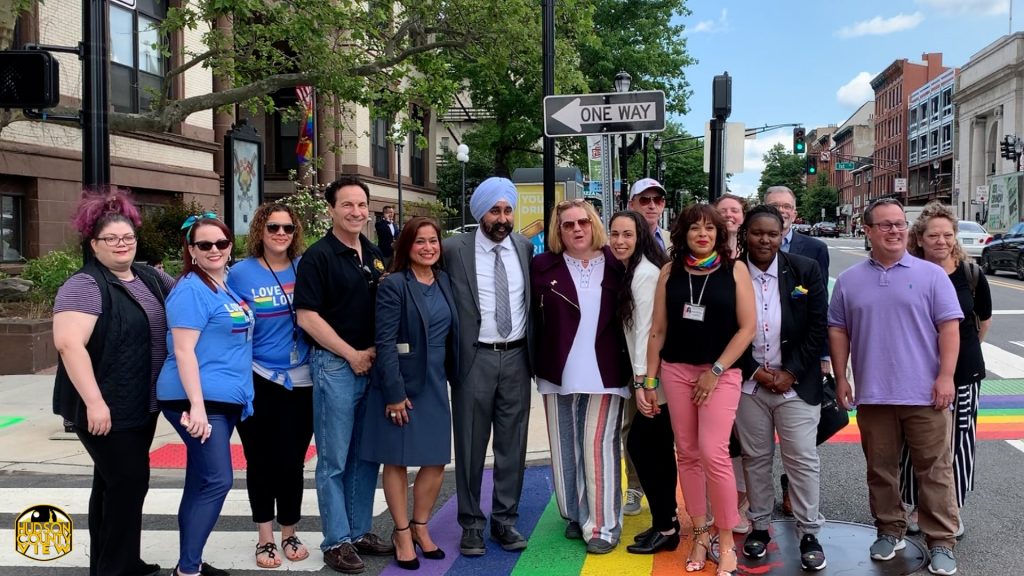 â€œOur 100% rating from the Human Rights Campaign once again demonstrates that Hoboken is a fair and welcoming City where everyone is entitled to be treated equally and with respect, no matter your gender identity or means of expression,â€ Mayor Ravi Bhalla said in a statement.

â€œWeâ€™ve taken a number of steps to further empower the members of our LGBTQ+ communities over the past two years, and Iâ€™m proud Hoboken is only one of three municipalities in New Jersey to achieve this distinction. I thank the many activists and advocates, past and present who have strived for equal rights for all residents in our City.â€

In addition to raising the Pride Flag, Hoboken became one of only a select few communities in New Jersey to have painted rainbow crosswalks for Pride Month this past June.

“Hudson Pride Center will continue to assist the city of Hoboken with its efforts in supporting and advancing equality for the LGBTQ+ community in Hoboken, and we will do our best to help them remain leaders in NJ in advancing equal rights and protections in municipal law, policy and services for the LGBTQ+ community,” added Hudson Pride Center Chief Operating Officer Elizabeth Schedl.

” … Thanks to all those who have helped the City of Hoboken weave a more compassionate, inclusive and diverse community for us to live…Tolerance has no boundaries and spirit has no gender. Love is Love,” stated Hoboken LGBTQ+ liaison Laura Knittel.

Bhalla has signed two executive orders relating to LGBT equality: one regarding non-discrimination for contractors and another for gender neutral bathrooms, though the latter received some criticism for being enacted slowly.

City of Bayonne honors clerk with key to the city, street...