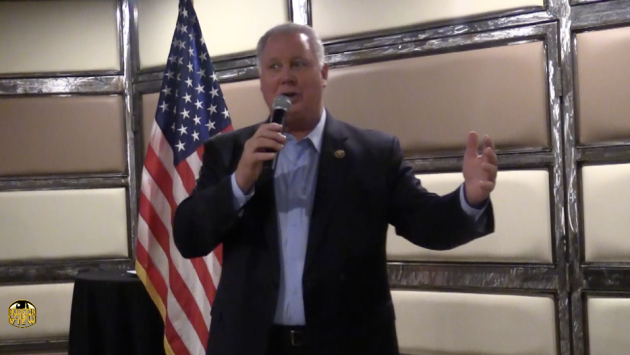 “In 2016, Senate Leader McConnell refused to hold a vote on President Obama’s nominee for the Supreme Court after the passing of Justice Antonin Scalia. He argued that, because it was an election year, a confirmation vote shouldn’t be held until after the election so that the American people could have a voice in the selection of the next Supreme Court Justice,” Sires said this evening.

“He made that statement on February 16, 2016, more than six months before the 2016 election. On Friday night, as our nation was rocked by the passing of Supreme Court Justice Ruth Bader Ginsburg and as early voting for the November election was already underway in some states, McConnell released a statement saying that President Trump’s nominee would receive a vote in the Senate.”

The congressman continued that McConnell’s decision is hypocritical since it breaks with past precedent and makes one set of rules for a Republican president and another for a Democratic president.

“Due to the 2016 precedent, I strongly believe that no confirmation vote should occur until the 117th Congress begins,” Sires asserted.

Ginsburg, 87, who was appointed by President Bill Clinton in 1993, died as the result of complications of metastatic pancreas cancer, the court announced Friday evening.

Shortly after the news broke, McConnell announced that the Senate would vote on Trump’s nominee, despite Ginsburg’s reported dying wishes to leave her seat vacant until the next president is sworn in.

United States Court of Appeals Judges Amy Coney Barrett and Barbara Lagoa are a couple of names that have been floated as early front runners, The Washington Post reported.