Assemblyman Jack Ciattarelli (R-16), a declared gubernatorial candidate, said that despite a recently upgraded Moody’s credit rating, “Jersey City is the poster child for all that’s wrong with the current school funding formula” – a claim that a city spokeswoman was quick to retort. 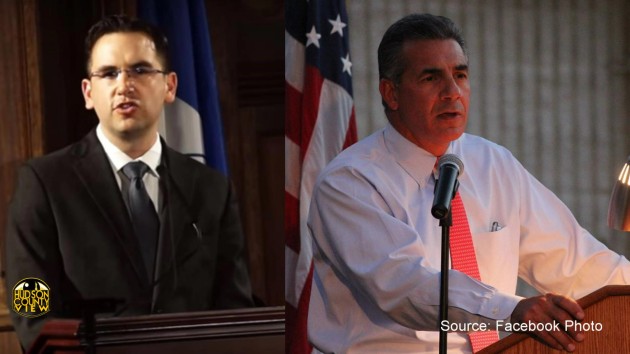 “Jersey City is the poster child for all that’s wrong with the current school funding formula, which is terribly flawed, blatantly unfair and a violation of other communities’ constitutional rights under the equal benefit clause,” Ciattarelli said in statement yesterday, also noting that Jersey City is not the only example of this.

“I will continue to advocate for legislation that reforms the distribution of state school aid and requires all communities to make a minimal contribution to their schools.”

The only declared Republican gubernatorial candidate noted that although Moody’s upgraded Jersey City’s outstanding General Obligation Unlimited Tax Debt to Aa3 last month, he said it is hardly an accomplishment since New Jersey taxpayers are on the hook for 66 percent, or $420 million, of Jersey City’s school budget.

He also called out Mayor Steven Fulop by name, exclaiming that he should not be boasting about keeping taxes stable when zero investments have been made in the schools.

In response, Jersey City spokeswoman Jennifer Morrill called Ciattarelli a “backbench Republican operative grasping at straws” who has accomplished little in Trenton in the past 10 years.

“Once again, we will point out that Ciattarelli is just a backbench Republican operative grasping at straws. He continues to show how misinformed he is with the fact that Jersey City has 70 percent free/reduced lunch,” she said in an email this afternoon.

“If Ciattarelli has an issue, he can work on it from Trenton as it would be nice if he was able to show one accomplishment from his decade [of] being a politician.”

This isn’t the first time that Ciattarelli and Fulop have traded shots over policy, as the gubernatorial hopeful was critical of Fulop for his $1.2 million open space plan on the November 8 ballot.

The plan was approved by a roughly 2-to-1 margin by Jersey City voters.