Assemblywoman Annette Chaparro (D-33) is touting the $2.3 million being allocated towards the North Hudson Sewerage Authority from the state budget. 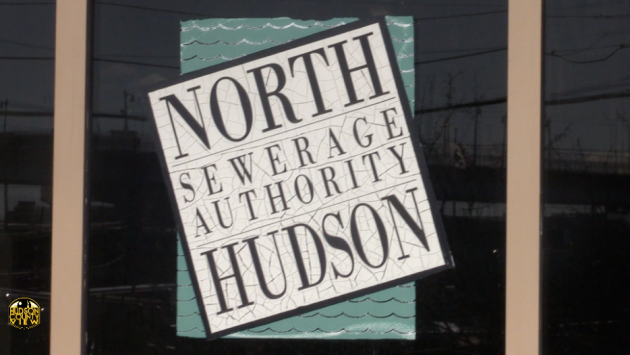 Specifically, the funds will be used to accelerate key upgrades to the NHSA’s 5th Street pump station.

The pump station, which is situated on the southern end of Sinatra Boulevard, plays an important role in defending the entire southern half of Hoboken from a Sandy-like tidal surge.

“I know this is a vital issue that deserves the attention of local, state, and federal lawmakers, and I’m happy to do my part to ensure our residents will be protected from another Sandy-like storm surge,” Chaparro said in a statement.

“In hearing from Mayor Bhalla, the North Hudson Sewerage Authority, and others, I knew that this would need to be a collaborative effort, and I want to thank my colleagues in Trenton and Gov. Murphy for also seeing the importance of this issue that needed to be addressed.”

The Rebuild By Design (RBD) strategy to prevent such storm surges puts the 5th Street pump station outside the planned flood wall. Consequently, the pump station must be hardened to enable it to continue functioning without the protection of the flood wall.

The grant will allow NHSA to implement immediately a series of necessary upgrades to the pump station so that it can be relied on for continuous operation during a storm surge.

“On behalf of NHSA’s Board of Commissioners, I want to thank Assemblywoman Chaparro for her quick and efficient response and her grasp of the importance of this infrastructure in the context of RBD. This grant enables us to implement our plans for hardening and protecting the pump station now, instead of in five to 10 years,” noted NHSA Executive Director Dr. Richard Wolff.

“We will install a new and more powerful generator and raise the levels of the floors to ensure that the pumps continue to work even if the surrounding area is flooded by storm surge. We will also upgrade all the electrical equipment, hardening and protecting it from flooding. RBD requires, as the assemblywoman pointed out, the cooperation of a number of entities, and this is an excellent example of that necessary collaboration.”

Additionally, the $2.3 million grant will also allow the NHSA to substantially improve and remodel the exterior of the pump station to help it blend in with the surrounding area.

Ahead of annual HCDO gala, DeGise announces plan for county to...