Craig Cinelli, 47, of Allendale, and his brother, Joseph Cinelli Sr., 61, of Montvale, were both charged with one count of conspiracy to commit wire fraud and five counts of wire fraud.

They were arrested this morning and are expected to appear this afternoon before U.S. Magistrate Cathy L. Waldor in Newark federal court.

CIMCO trucks would deliver scrap metal containers to customer job sites and remove them after they were filled. CIMCO then purportedly paid customers based on the type and net weight of the scrap material.

“Cinelli Iron & Metal Co. offers service to a vast customer base, from private contractors to large industrial and manufacturing plants,” their website says.

“Our service is a critical part of all our client’s daily operations. With our expertise in the handling of scrap, we are able to supply our clients with the latest in Equipment and technology, saving them time, labor and expenses.”

From 1999 through March of 2016, Craig Cinelli, Joseph Cinelli Sr., Barteck and others allegedly used a variety of fraudulent business practices to buy scrap metal from CIMCOâ€™s customers for less than CIMCO should have paid. The company then resold the scrap metal for profit.

Instead of paying the proper, agreed-upon amounts for the actual weight, members of the conspiracy used a variety of techniques to misrepresent the true weight and type of the scrap metal, including altering documents to reflect a lower weight, removing scrap metal from a haul before it was weighed and misrepresenting the types of scrap metal contained in a haul, authorities said.

The wire fraud conspiracy and substantive wire fraud counts each carry a maximum potential penalty of up to 20 years in prison and a $250,000 fine, or twice the gross gain or loss from the offense.

During his plea hearing, Barteck admitted that the loss caused by the conspiracy that was reasonably foreseeable to him was more than $9.5 million, but less than $25 million.

His sentencing is scheduled for October 30th.

“Cinelli Iron & Metal, located in Hackensack and Secaucus, we are the premiere scrap metal recycling facility in the tri-state area. For ferrous and non-ferrous metals, other scrap metal consumers can’t compete,” a commercial uploaded to YouTube on November 6, 2015 says.

“We handle scrap metals from local businesses all the way up to Fortune 500 companies. For over 25 years, Cinelli Iron & Metal has been at the forefront of our industry. We’re dedicated, we’re hard working, we’re respected: we are Cinelli Iron & Metal.” 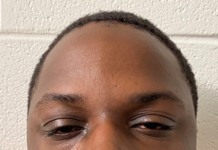