The Bayonne Police Department has arrested and charged an East Orange man with attempted murder for shooting and injuring a 24-year-old outside of City Hall this morning. 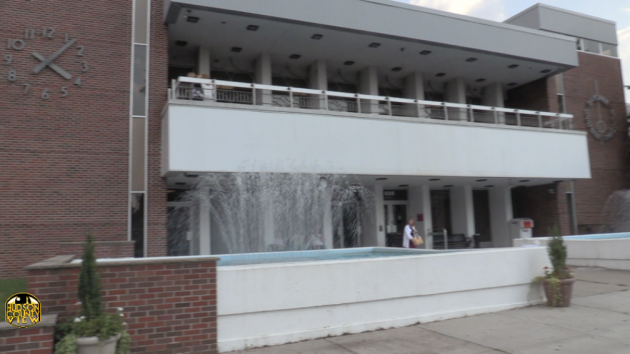 This morning at approximately 8:25 a.m., Bayonne police responded to the area of Avenue C between 27th and 28th Streets on reports of shots fired, said Police Capt. Eric Amato.

Upon arrival, they were met with a 24-year-old victim from Newark who had been shot twice on the left side of his torso. Police, along with members of the Bayonne Fire Department, rendered aid and had the victim transported to the Jersey City Medical Center.

The Bayonne Police Department’s Detective Bureau then began investigating by interviewing witnesses and reviewing CCTV camera footage in the area. They determined that the victim was a passenger in a vehicle parked in front of City Hall.

The alleged shooter, Malachi F. Worsley, 27, of East Orange, pulled up in a separate vehicle and shot the victim twice before fleeting north bound on Avenue C.

His vehicle was later discovered unoccupied in the Greenville section of Jersey City and Worsley was eventually spotted by Bayonne and Jersey City police when he was heading back to it.

When he noticed the detectives, Worsley led them on a roughly four-block foot pursuit before being apprehended at about 2:39 p.m., officials said.

“This type of senseless violence by an individual with no regard for human life has no place in society, let alone in our community. This type of random violence puts us all on edge,” Police Chief Robert Geisler said in a statement.

“I would like to acknowledge all of the officers and detectives who worked quickly to bring this incident to a close before anyone else was injured.

Ex-cruise ship employee gets 13 months in prison for sexual assault...