Bayonne Mayor Jimmy Davis’ Chief of Staff Andrew Casais is resigning after being appointed to three new positions in Roselle Park, where he resides and previously served as a councilman. 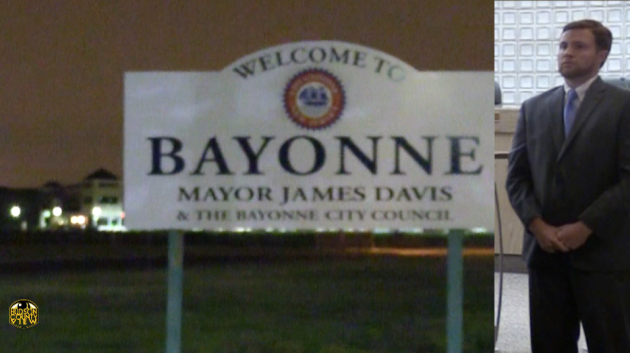 â€œFor the past two and a half years Andrew has been a key component of my administration and has been at the forefront of implementing my vision for a better, revitalized Bayonne,â€ Davis said in a statement.

â€œSpeaking on behalf of the administration, I can say that we are all sad to see him go, but wish him well with this new opportunity.â€

Yesterday, at a regular meeting of the Roselle Park council unanimously appointed Casais, 25, to the positions of Municipal Clerk, Assessment Search Officer, and Municipal Housing Liaison. His appointment to these positions is effective March 6.

â€œOver the past two and a half years I had the honor of serving as Chief of Staff in Bayonne and working with some of the most dedicated and honorable public servants I have ever come in contact with during my time in government,” added Casais.

He told Hudson County View that he will not be taking any time off as he transitions to his new jobs and will remain Davis’ chief of staff until March 5.

Casais, who took over as chief as staff as soon as Davis took office in July 2014, faced stiff criticism over the appointment given that he is Davis’ nephew through marriage.

The administration brushed off the criticism by pointing out that Casais was elected as Roselle Park’s youngest councilman ever at age 20 and had been involved with municipal government since he was 18.