In a completely unexpected vote, the Bayonne City Council voted down one of the eminent domain ordinances related to their local hospital, one year after it first appeared on their agenda. 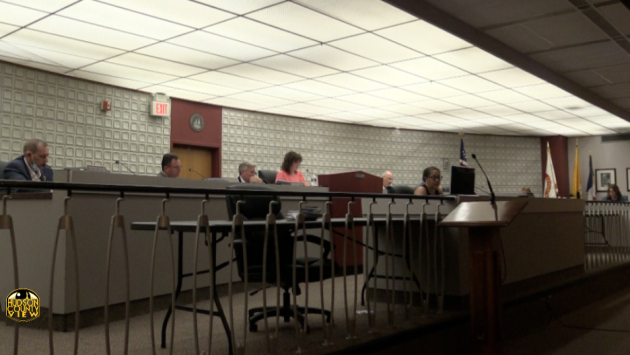 The two ordinances were first introduced just over a year ago, May 12th, 2021, and would begin the $95 million eminent domain process for the BMC property, currently owned by Secaucus-based Hudson Regional Hospital.

In their first in-person meeting during the COVID-19 pandemic, the council ultimately tabled the measures, which both require four affirmative votes, after nearly four hours of discussion since it was determined that the Local Finance Board in Trenton must hear the matter first.

Given that the council did not have four yes votes, 2nd Ward Councilman Sal Gullace sits on the Bayonne Medical Center board and Ashe-Nadrowski is against the plan – it had been tabled indefinitely.

With Mayor Jimmy Davis’ team sweeping in last Tuesday’s municipal elections, this was the second to last meeting where Ashe-Nadrowski would sit on the dais. She made a motion to vote on the measure last night, which was seconded by Gullace.

What happened from there was a twist of fate no one could’ve anticipated heading into the meeting, which only lasted for about 90 minutes.

1st Ward Councilman Neil Carroll asked for clarification on the vote, to which City Clerk Madelene Medina said they were voting on final passage and after double checking, and getting the same response, the vote commenced.

“We’re ordering final passage on this ordinance tonight? Then I vote no,” Carroll replied.

With the second ordinance potentially heading to the same outcome, Law Director Jay Coffey interjected, despite council president repeatedly telling not to interrupt.

“Council president made a motion for final passage today. The question is, is this an up and down vote on this matter today, or does this move it to June 15?,” Coffey asserted.

After a short argument between the council members, Coffey agreed with Carroll’s assessment: that the vote was for final passage and was defeated.

“That’s not what Madelene said,” Ashe-Nadrowski pointed out.

“But I’m telling you, that’s what the vote did,” Coffey hit back.

A short while later, Medina confirmed that the council indeed voted the ordinance down.

“What it was, was a motion for final passage, which it failed,” she said.

Carroll tried to get another vote on the first ordinance, to which Gullace said the motion had already been made and voted upon. Carroll again expressed his belief that the motion failed and further action had to be taken.

He eventually settled on making a motion to postpone the second ordinance until their June 15th meeting.

“You voted on the final passage [of the first ordinance]. Now Mr. Carroll is making a motion to postpone this [the second ordinance] to June,” Medina stated.

That measure passed 3-2, with Carroll, La Pelusa, and Perez voting no and Ashe-Nadrowski and Gullace voting yes.

Despite the evident confusion, the council did not take any further action on the first ordinance, likely meaning that the ordinance will require another public hearing – potentially for June 15th, the last meeting before the new council members are sworn in.

BMC Hospital LLC has been attempting to acquire the Bayonne Medical Center for nearly two years, and while they appeared poised to buy the majority ownership last month, the State Health Planning Board delayed the vote since CarePoint Health’s application to a nonprofit was still pending.

CarePoint has since said the transition is complete, with local politicians, including Davis, gushing about the move this week.

LETTER: Bayonne residents need to brace for the difficulties related to...