Despite some opposition, the Bayonne City Council approved a five-year tax abatement for a residential project, that will be built on a plot of land located at 172 Avenue F, during Wednesday’s meeting. 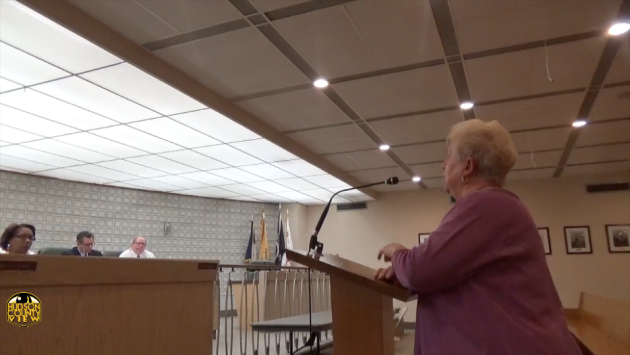 Unlike the long-term payment in lieu of taxes (PILOT) agreements, abatements developers usually apply for must be approved by the council prior to receiving a certificate of occupancy – rather than before construction.

While some residents have shown resistance to the abatements approved during the last few months, Business Administrator Joe DeMarco assured the public the new development would add value to the neighborhood.

“The intrinsic trade off that’s believed by the council is that you have an empty lot that has been empty that doesn’t really add any value to the neighborhood in terms of aesthetically or price value or home values.” said DeMarco.

“You are transforming the former lot into a viable piece of property with a newer modern building on it.”

On the contrary, a couple residents had a different outlook on the new residential building, which developers expect to be completed by the end of 2018.

“I have to differ with you when you say it was an empty lot. It was a two-family house that was occupied on that lot,” said Bayonne resident Melanie Flora.

Prior to the ground breaking with city officials and the Stonegate Buildings team, a property firm constructing the residential units on Bayonne’s Eastside, back in July 2017, a two-family home resided on the lot.

“What we on the east side are getting [is that] instead of a two family home, which was livable, people were living in it, is an 18-unit with more cars, more trucks and more destruction to the neighborhood,” added Flora, who often speaks out against development projects.

“When they give these abatements, we have to look about what the neighborhood is actually getting in return,” said Franco.

Franco also suggested there would be major traffic and parking issues as a result of the new development.

“When you’re building a big structure like that you’re going to increase your traffic, your parking, there could be light impact, all different things,” he said.

Continuing, Franco noted on the compacted size of the neighborhood in comparison to other parts of the city, which could cause difficulty for current residents in the vicinity of the residential building.

Despite the concerns, the council approved the measure by a vote of 4-1, with 3rd Ward Councilman Gary La Pelusa voting no, to approve the six-story building that will feature 18 residential units.