A Bayonne police officer pleaded guilty to using excessive force during a December 2013 arrest, beating a man with a flashlight, as well as illegally obtaining a $20,000 federal loan, U.S. Attorney Paul Fishman announced.Â

As Hudson County ViewÂ first reported, Lillo was arrested at his home on the morning of January 23 in regards to a case of excessive force dating back to December 27, 2013.

According to the indictment, on the early evening of Dec. 27, 2013, Lillo and other police officers from the Bayonne Police Department went to an address in Bayonne to execute a Sussex County arrest warrant.

Lillo allegedly struck the subject of the warrant, Brandon Walsh, with a flashlight while the individual was handcuffed and not resisting arrest, which resulted in bodily injury.

Lillo then allegedly falsified a Bayonne Police Department Use of Force Report related to the arrest with the intent to impede an investigation into the case.

Additionally, the city of Bayonne indicated that Lillo was suspended without pay following his arrest.

The subsequentÂ fraudulent loan charge, levied in February, alleges that, along with his wife Rose, an unnamed relative and public official, helped file a Rehabilitation Assistance Program application for the relative in the amount of $20,000, according to court documents.

The unnamed public official also allegedly approved the loan and authorized work on the property only identified as “Premises 2,” authorities said.

The charge of filing a false report to HUD carries a maximum penalty of one year in prison. Lillo’s sentencing is currently scheduled for January 6, 2016. 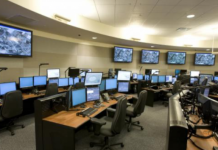