Bayonne Board of Education Trustee Jodi Casais is spearheading an effort asking the New Jersey Board of Public Utilities to probe the city’s deal with United Water. 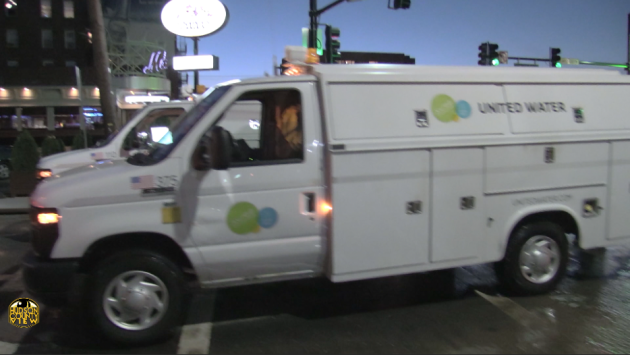 “Our goal is to get the NJBPU to review this contract and to recognize that it has a responsibility to regulate against unreasonable water rate increases. The Bayonne residents can no longer afford this deal. We were never asked to approve this deal. Mayor Smith did it in some back room and unfortunately, Mayor Davis has decided to put United Water’s interest in front of the publics,” Casais said in a statement.

“Every time you ask a question about it, you either get dismissed or ridiculed. Bayonne’s assets were recently transferred to the yet another private company – the same one that gave us Flint Michigan’s problem. Yet, Mayor Davis says nothing.”

Under an agreement made by the Smith administration in 2012, Bayonne gave up its management of the local water-sewer utility, and turned it over to United Water and its private investment partner, KKR, for a 40-year period.

Additionally, KKR paid 90 percent of a $150 million investment to the city upfront ($135 million), with Suez covering the additional 10 percent, of $15 million.

Chris Halleron, a spokesman for Suez, said the deal prevented “an astronomical tax increase” on top of replacing “crumbling, antiquated infrastructure” that hadn’t been repaired since the 1880s.

“Prior to the SUEZ partnership agreement, water rates increased a startling 90.4% over a ten-year span—including two years (2005, 2006) that saw a 25% increase followed by a subsequent 46% increase. These jarring rate hikes saw minimal reinvestment in Bayonne’s infrastructure,” he said in an email.

“Since the partnership, SUEZ has not only invested significantly in the improvement of the water system, but stabilized rate increases to roughly 5% annually over the last few years – below the national average (5.4%).”

After the deal was made, United Water was renamed Suez Water, and KKR was succeeded by another investment company. Under the terms of the agreement, the private investment firm was guaranteed an annual 11 percent profit.

Under that same deal made, the private companies were guaranteed annual rate increases of about 4 percent (a range of 3.75 percent to 4.0 percent).

Earlier this month, Suez Water was acquired by Veolia, another water company. While the City of Bayonne still owns the water-sewer utility, the new outside water company has taken over the management of the Bayonne water-sewer system from Suez.

As a result, Veolia is required to provide annual maintenance and repairs to the Bayonne water-sewer system up to $500,000 per year.

Also under the terms of that 2012 agreement, if additional funds are required for maintenance and repairs, the private companies are required to incur the cost upfront, but must be paid back by the municipality with water-sewer revenues within 12 months.

If existing revenues are not sufficient, utility rates must be raised to reimburse the private entities.

“The NJ Board of Public Utilities mission statement is to ensure that safe, adequate, and proper utility services are provided at reasonable, non- discriminatory rates to all members of the public,” the petition says.

“The NJBPU should need to approve any rate increases impacting Bayonne. Since Mayor Davis has chosen to support United Water, I the undersigned request an NJBPU hearing on these unjust and illegal rate increases.”

A spokesman for the NJBPU did not return an email seeking comment this afternoon, but Davis said in a statement that outside counsel has confirmed that it would cost the city “hundreds of millions of dollars” to buy their way out of the agreement.

He added that he’s happy to hear any and all suggestions on how to solve their problem, whether it be fro the NJBPU or anyone else.

“The 40-year water contract was not something that I made or supported. The petition group is wrong to suggest that I have ‘created a monopoly.’ It was here before I took office,” explained Davis.

“If the Board of Public Utilities or any other government agency has a plan that could end this water contract without costing Bayonne hundreds of millions of dollars, I would be happy to hear it.”

Editor’s note: This story was updated with a comment from Suez Water spokesman Chris Halleron.