The Superior Court of New Jersey Appellate Division has ruled that a couple won’t have to pay nearly $277,000 in attorney costs, along with the possibility to refile a new claim, reversing a lower court decision that included dismissing a defamation claim against Hoboken bloggers back in February 2015. 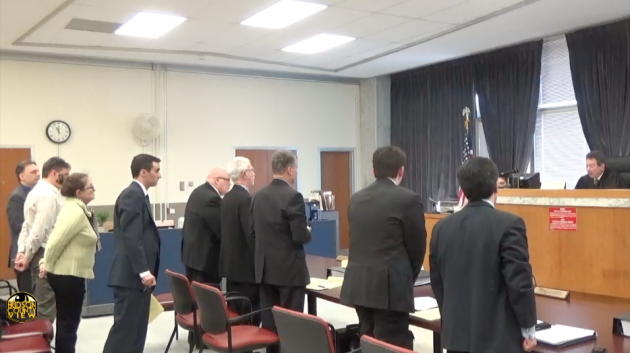 “We reverse the judgment at trial dismissing the claim set forth in paragraph 87 of the complaint and remand that claim for trial. Last, we vacate the award of counsel fees and sanctions.”

The 98-page decision reverses a ruling made by Hudson County Superior Court Judge Patrick Arre back on February 10th, 2015, where he dismissed the defamation suit.

The suit contended that posts written on Grafix Avenger, run by one of the defendants, Nancy Pincus, as well as comments made on Patch.com by Hoboken Horse publisher Roman Brice and a private citizen, Mark Heyer, defamed the couple.

At the hearing, Arre said counsel for Lane Bajardi and Kim Cardinal Bajardi failed to prove damages, malice or blatant disregard for the truth in any given scenario laid out in the suit.

Adding insult to injury, six months later Arre ruled that the defendants were owed $276,677 in legal fees (that decision can be read here), which later resulted in the Bajardis selling their home.

“For the forgoing reasons, we vacate the award of counsel fees and remand the matter for the trial court for entry in the amount of fees paid to date, if any,” the order also says.

In addition to overturning the award for attorney’s fees, the appellate court has remanded two defamation counts related to Pincus “for further proceedings consistent with this opinion.”

Although Bajardi, who had supported former Councilwoman Beth Mason and former Councilman Tim Occhipinti, was a limited public figure, the appellate division felt that a case of defamation can be made over an email she sent to Lane Bajardi’s employer.

“Lane Bajardi is a hyper-partisan political operative who blogs under the screen name ‘prosbus’, and is now fomenting anti-Semitism in his latest effort to smear Hoboken’s Jewish mayor, Dawn Zimmer,” she wrote on January 18th, 2012.

“As a Jew, I am offended and disgusted by this. As a well-known political blogger in Hoboken, I will be asking my community to reject Mr. Bajardi and his hate-mongering. I don’t think your advertisers will appreciate a voice on your airwaves actively engaged in spreading bigotry and intolerance in the Hoboken community.”

The panel believes that the conduct ascribed to Bajardi “would adversely affect his fitness for business,” which makes the statements defamatory and actionable – since there is no proof that Bajardi is anti-Semitic or participated in anti-Semitism.

As HCV reported in 2015, Zimmer’s husband Stan Grossbard felt that Lane Bajardi had used a pseudonym when he made anti-Semitic comments about him.

The other instance revolves around a February 3rd, 2012 comment on Patch.com where Pincus posted that Bajardi had been questioned by the FBI “and is believed to be part of the criminal conspiracy to steal our mayor’s e-mail and traffic[k]ing in confidential city information.”

Although she was speaking about a current event, former Hoboken IT worker Patrick Ricciardi being charged with leaking confidential emails from then-Mayor Dawn Zimmer and her staff, court testimony from both Bajardi and Pincus determined those accusations were “fabrications, the appellate court determined.

“… In dismissing Bajardi’s claim based on paragraph 87, the trial judge based his decision in part on his belief that ‘evidence of stolen e-mails subject of the FBI investigation . . . were present on Mr. Bajardi’s e-mail account,'” today’s decision says.

“The judge’s belief was not supported by the record and the conclusion he drew from it was contrary to the standard of review. During the trial, defendants attempted to prove this allegation based on emails found on Bajardi’s email account during discovery â€“ substantially after Pincus had written her allegedly defamatory statement.

Kerry Flowers, who is representing Heyer in the matter, gave a succinct response when asked about the latest development in the case.

The other attorneys in the matter did not respond to requests seeking comment on Friday.