After a nearly one year ouster following a scrap over a legislative redistricting bill, Brian Stack is returning to the New Jersey Senate Budget Committee, the upper house’s majority office announced. 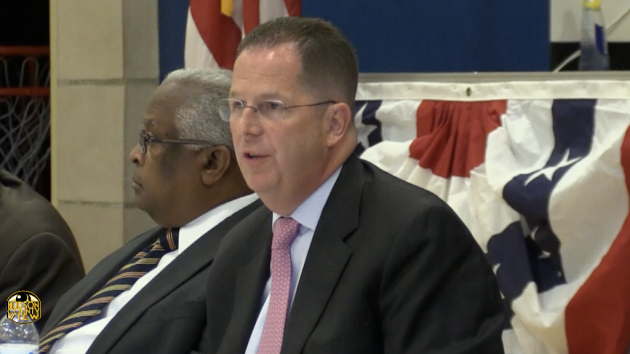 Michael L. Testa Jr. (R-1), who defeated Andrzejczak last month, will be sworn in on Thursday and is expected to serve as the Republican appointee on the Senate Labor Committee and the budget appropriations committee after taking the oath of office.

Earlier this year, Stack was removed from the budget committee after coming out against a legislative redistricting bill that he and state Senator Nick Sacco (D-32) said would “create an imbalance of power.”

The redistricting bill, which was favored by state Senate President Steve Sweeney (D-3), never came to a vote.

Jersey City Together urges investments in schools in light of Chromebook...