After some help from the Tony Hawk Foundation, Jersey City officials gathered for the opening of the Berry Lane Skate Park, marking more improvements at a previously polluted site in Bergen-Lafayette. 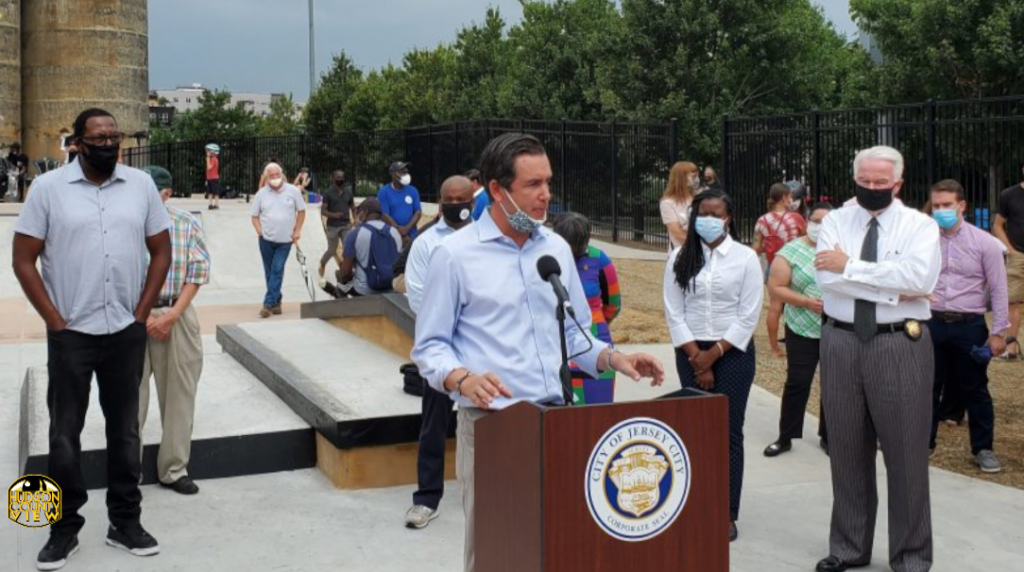 “Today is a great day. It has been a couple years in the making,” Mayor Steven Fulop said at a press conference this morning.

He also thanked the Hudson County government, including County Executive Tom DeGise and the board of chosen freeholders.

“Today is just another example of what we can do if we work together,” added Ward F Councilman Jermaine Robinson, who stated that he had advocated for the park in his neighborhood for a long time

Berry Lane Park was previously a toxic brownfield site and the skate park is the sixth and final phase of the park’s overall transformation.

“This skate park is a testament to the city’s resiliency and our commitment to invest in the Bergen-Lafayette neighborhood,” the mayor added afterwards.

“Since opening in 2016, Berry Lane Park has been a premiere destination for passive and organized recreation, and we expect this skate park to be an even bigger draw for our youth and families.”

Additionally, Council President Joyce Watterman explained that skateboarding is an ideal activity during the COVID-19 pandemic because it allows kids to distance while engaging in a some outdoor fun.

“If kids are playing in the park, their parents know where they are in a safe place.”

At almost 12,000 square feet, the skate park is the largest in Jersey City and the first poured-in-place concrete skate park in Hudson County.

The skate park was completed with a $500,000 grant from the Hudson County Open Space Trust Fund, with the construction done by Tsivikos Enterprises Inc.

A local teacher at Public School no. 24, Steve Leonardo, also helped secure a $25,000 grant from the Tony Hawk Foundation.

They used a selective process to choose locations nationwide to invest in building high quality, public skate parks for youth in low-income communities.

Kids are already enjoying the park, with skateboarders going up and down the ramps after the media event concluded.

While much progress has been made, Berry Lane Park’s makeover isn’t quite finished yet.

The park’s final phase will include a 2,000 square-foot pavilion, an outdoor patio space, a concession stand, public bathrooms, and locker rooms.

Walkways, curb extensions, benches, and bike racks are also slated to be a part of this section, officials said.

3 groups, including ACLU, calling for quick state action to create...