After facing public scrutiny on social media, Jersey City Mayor Steven Fulop walked back a tweet where he said the COVID-19 vaccine would require residents to be “injected with small doses of Corona virus [sic].” 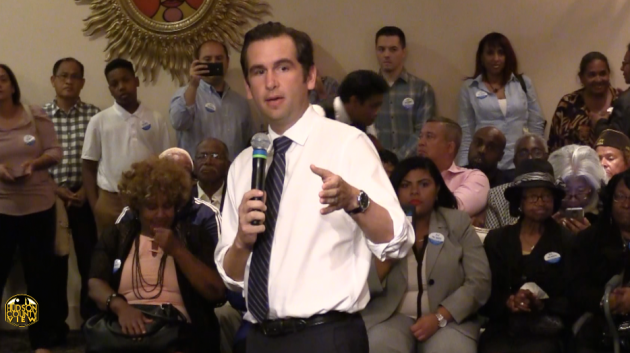 “This part of my tweet from yesterday deserves some clarification as I shouldn’t have written ‘asking residents to be injected with small dosages of the virus’ as that isn’t how the 1st vaccines will work,” Fulop tweeted at 5:15 p.m. this evening.

“My overall sentiment of the tweet is accurate on lack of public awareness, tools, and information. Overall, It’s an important conversation to have if it’s going to be a vaccine widely accepted when it becomes available. We will continue to work with the public health experts best we can to get this right.”

The original tweet, the third in a four-part tweet thread that went out shortly after 9 a.m. Friday morning, prompted dozens of replies that said COVID-19 mRNA vaccines “do not use the live virus that causes COVID-19,” per the U.S. Centers for Disease Control (CDC).

The two COVID-19 vaccines most likely to be distributed first, from Pfizer and Moderna, respectively, are both of the mRNA variety.

Reporters from Forbes, the New York Times, and CNN joined in pointing out this distinction before Fulop tweeted out his “clarification” this evening.

CNBC reported on Monday that doctors are asking the CDC to warn people about the side effects of the vaccination process since it won’t be “a walk in the park” for many people.

Approximately 70 percent of a population would need to be vaccinated in a six-month time frame in order to achieve herd immunity from the virus, health experts says.

North Bergen officials, volunteers rescue 3 dogs from the cold on...