A 74-year-old Bayonne man has tested positive for COVID-19 at the Bayonne Medical Center and is currently in stable condition, Mayor Jimmy Davis said. 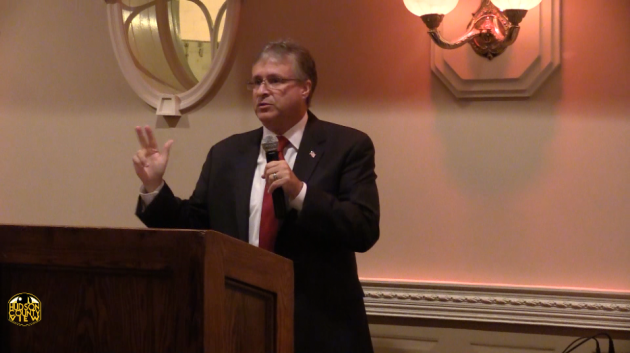 The resident is currently in stable condition, Davis said, and the medical staff at Bayonne Medical Center is “following all proper isolation and quarantine protocols for this gentlemen.”

“We knew that it was only a matter of time when our residents would be affected, and we do have our first case among one of our neighbors,” Davis said in a letter addressed to city residents.

“We are all praying for our neighbor’s speedy recovery and the safety and well-being of all us. Be Safe.”

This is the second case disclosed by officials in Bayonne. On Monday, officials at Bayonne Medical Center said a a worker there had tested positive. His municipality of residence was not disclosed.

Davis declared a state of emergency earlier that day, and set up two coronavirus hotlines, one for general information and one specifically for senior citizens.

Officials in every municipality have urged its residents to practice social distancing, so as to stave off the spread of infection a so that the state’s health care facilities do not become overburdened.

In that vein, Hoboken announced a “self-isolation” policy yesterday, limiting the trips outside the home to â€œessential needsâ€ such as food shopping, obtaining medicine, and other necessary supplies for household members – though there are other exceptions where people can leave there homes.

Researchers and government officials have said that the people most in danger of the virus are the elderly, and those with compromised immune systems.

“This is certainly not a time for panic or fear,” Davis added. “We all need to follow the advice and directives that have been put in place to help slow the spread of this virus.”

New Jersey Department of Health Commissioner Judith Persichilli said yesterday that there have been six more confirmed cases of COVID-19 in Hudson County, which would bring the total to 25 (though their website says 24).

Thus far, 21 cases have been announced publicly: eight in Jersey City, five in Hoboken, two in West New York, two in North Bergen, three in Kearny, and now one in Bayonne.