Seven members of the Jersey City Democratic Organization, along with the Hudson County Progressive Alliance, are asking two local Dem leaders not to fund the re-election of Ward C Councilman Rich Boggiano after he abstained on a resolution denouncing the January 6th insurrection last week. 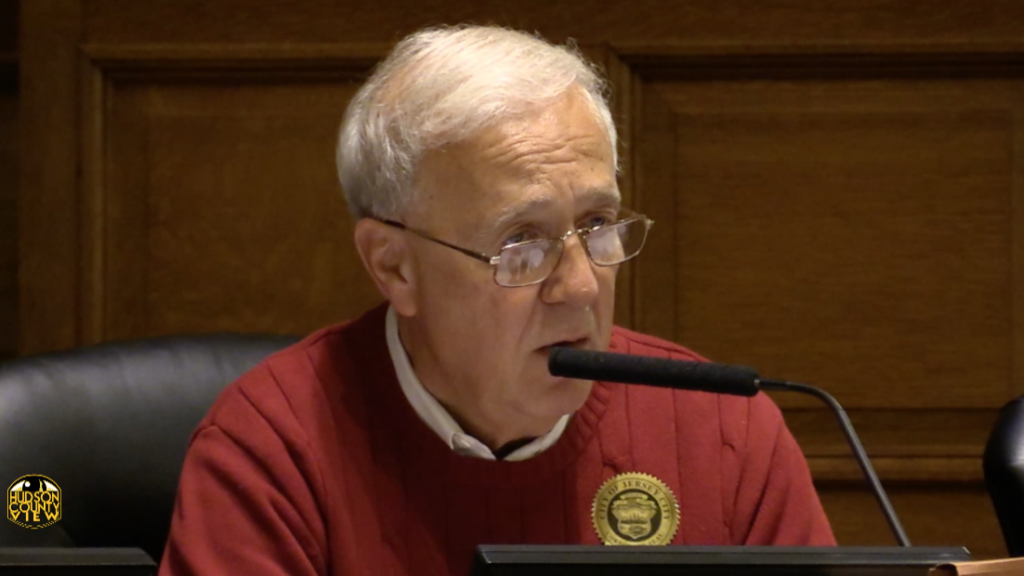 ” … Last Wednesday, Jersey City Councilperson Richard Boggiano was the only council member to abstain on a resolution condemning these attacks and calling for the impeachment of President Trump,” a letter sent to JCDO Chair Barbara Stamato and Hudson County Democratic Organization Chair Amy DeGise this morning says.

“In his statement on the vote he said that he feels Jersey City Council has no place condemning the President. This is wrong. A threat on democracy at the national level is a threat on democracy at every level of government. This builds on his career that has included introducing right-wing conspiracy theories at council meetings, standing against police accountability, and aligning himself with the ‘All Lives Matter’ racial grievance movement.”

At last week’s council meeting, Boggiano said that he was “dead against what happened in Washington,” but felt that the resolution, which specifically condemned the Capitol Hill riots and called for Trump’s impeachment, was beyond the council’s purview.

“I think it was a disgrace and disgusting, but I don’t feel we as a council have a right, whether it’s Bush 1, Bush 2, Obama, Clinton – or any president – have a right to include something like that in a resolution – that’s why I’m abstaining,” he said at the time.

The measure passed 8-0(1), with all of Boggiano’s colleagues voting yes.

“As Committee persons in the Hudson County Democratic Organization and the Jersey City
Democratic Committee, we call on you to take action to condemn Councilperson Boggiano’s
vote and the injection of Trump’s politics into local government,” the letter continues.

“We also ask that you pledge to not spend any HCDO or JCDC funds on Councilperson Boggiano’s city council race. Funds raised by the Democratic party should not be spent to endorse a candidate whose views are so opposed to the ideals of our party and our community.”

Boggiano, who is seeking a third term on Mayor Steven Fulop’s ticket after winning as an independent in both 2013 and 2017, has faced flak in the past year for expressing concerns over 5G poles emitting radiation and for standing firmly against the defund the police movement.

Like Boggiano, Amy DeGise is running on Team Fulop, seeking a council at-large seat, replacing Councilman Rolando Lavarro – who ran with Fulop in 2013 and 2017 and is now mulling a mayoral bid – on the ticket.

According to their October 20th, 2020 filing with the New Jersey Election Law Enforcement Commission, the slate has about $290,761 cash on hand.

This most recent filing was made prior to DeGise and Boggiano joining the ticket though, with NJ ELEC expected to have new filings throughout the state on Friday.

DeGise, Stamato, and a spokesman for the Fulop campaign did not immediately return an email seeking comment on Wednesday morning.