Jersey City Council President Rolando Lavarro itemized the benefits of the tax abatement as â€œ60 construction jobs, 8 permanent jobs, affordable trust fund of $106,563, and an annual service charge over 30 years of $6,486,000, as compared to conventional taxes for Jersey Cityâ€™s portion of $4,577,000.â€

â€œThatâ€™s $2 million more, more than $2 million that Jersey City will realize over 30 years as revenue for Jersey City,â€ he explained.

She first challenged the city council on why taxpayers will be paying for the buildingâ€™s open space that is not opened to the public.

â€œSo because they are getting open space on their roof, it doesnâ€™t mean that I, Yvonne Balcer, can go on top of their roof and use their open space.â€

Balcer also asked if they have considered the number of students this five-story building will aid the already crowded Jersey City classrooms.

According to Ward 5 Councilman Michael Yun, the building will have 16 – two-bedroom units, 30 – one-bedroom units and 12 studios but â€œexpect less than 4 students.â€

â€œThis is why there are more than 30 kids in the classrooms: because Jersey City says that there will be only [be] four kids in a building that is massive,â€ argued Balcer. â€œThe board of ed is going up and the county is going up.â€

While Ward F Councilwoman Diane Coleman argued that, as a social service agent, she has more about 10,500 constituents and 89 percent of them are homeless – or the other 12 percent are “hidden homeless.”

Balcer challenged whether or not city council has considered the rights of the â€œ2,500 people who lose their homesâ€ because they can’t afford their taxes.

Resita Dixon, a member of SEIU 32BJ union, also testified against the tax abatements because within the 58 units there is no affordable housing included.

â€œKABR Group has consistently failed to include onsite affordable housing in any of the Jersey City projects including one of its larger projects, 1 Journal Square, where out of 744 housing units, zero will be set aside for working families like mine.â€

During the final votes, Lavarro made it clear that this is one way to incentivize and improve all of Jersey City and not just downtown.

â€œWe are making sure that we are bringing these projects, these developments to the south side of Jersey City, and to other parts of Jersey City, outside of downtown and the waterfront.â€

It was Councilman-at-Large Daniel Rivera, Ward C Councilman Richard Boggiano and Councilman Yun who voted against. 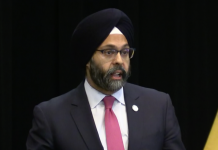 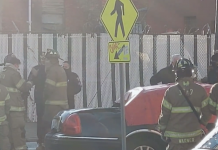