Three groups, two from Jersey City – joined by the state branch of the ACLU – are calling on the New Jersey legislature and Gov. Phil Murphy (D) to approve a measure to allow municipalities to create civilian complaint review boards. 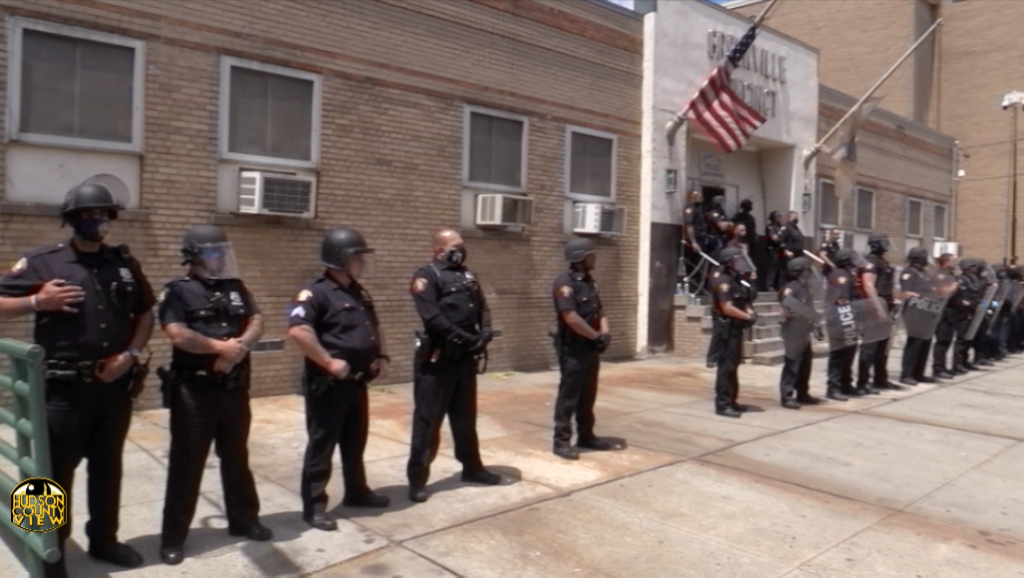 Yesterday, Jersey City Assemblywoman Angela McKnight (D-31) proposed a measure that would require use of force policy updates across the state, as well as requiring civilian complaint review boards where municipalities request them.

â€œIn this moment, we need more than symbolic commitments. The state legislature and Gov. Murphy can and should act now to affirm municipalities’ ability to create strong Civilian Complaint Review Boards,” Rev. Dr. Alonzo Perry Sr., a leader with Jersey City Together and the senior pastor of New Hope Missionary Baptist Church, said in a a joint statement.

“This would immediately increase trust in and community-driven accountability for local police departments. We donâ€™t need to wait for the NJ Supreme Court. Let’s act together now – we hope and expect with the support of local officials who have said they support strong CCRBs.â€

Some officials, including Jersey City Mayor Steven Fulop, have expressed concerns about a case currently before the NJ Supreme Court, which is considering if Newarkâ€™s CCRB is legal under state law.

Specifically, the court will decide whether these boards are legal under the New Jersey Police Force Statute, as well as within the state attorney general guidelines for internal affairs investigations.

Prior to the legal challenge, the Newark CCRB theoretically had the power to issue subpoenas, conduct independent investigations of police misconduct, and review the findings of police internal affairs investigations, is authorized under current state law.

However, rather than wait, the three groups, rounded out by the Jersey City Anti-Violence Coalition Movement, says the state legislature and Murphy can take matters into their own hands.

â€œWeâ€™re tired of being told to wait. If Gov. Murphy and Mayor Fulop believe in this nationally recognized, community-driven best practice, we need a full court press to get this done at the state and local level,” added JCAVCM Executive Director Pamela Johnson.

Johnson, along with fellow black activists Chris Gadsden and Frank “Educational” Gilmore, called for a Jersey City CCRB last month during a press event where they called for an officer to be suspended after using his police baton during a large street fight.

â€œ … As America stands against injustices in our police departments, our state needs to take strong steps to allow community members to conduct real, meaningful oversight over the law enforcement agencies that control so much of our lives,” she said.

“For a civilian oversight board to have a chance at confronting abuses of power, it must have the authority to set policies, sufficient resources to investigate misconduct, and a degree of institutional buy-in to give their decisions formal weight â€“ all of which benefit from formal endorsement from state government.”

This afternoon, Fulop told HCV that he believes that the three advocacy groups are on the right side of this issue.

“Jersey City looks forward to implementing a strong community civilian review board the minute that we have the opportunity to do it. It lies with the state right now, the governor and the legislature, to make sure that we are allowed to do that and we’re totally supportive of [the groups] who are pushing this.”

The governor’s office did not return emails seeking comment on Tuesday.