A forensic audit of the Jersey City Employment and Training Program performed by a New York City-based accounting firm claims that the agency’s operations and revenues “were severely diminished” to advance a non-profit run by the then-executive director Jim McGreevey. 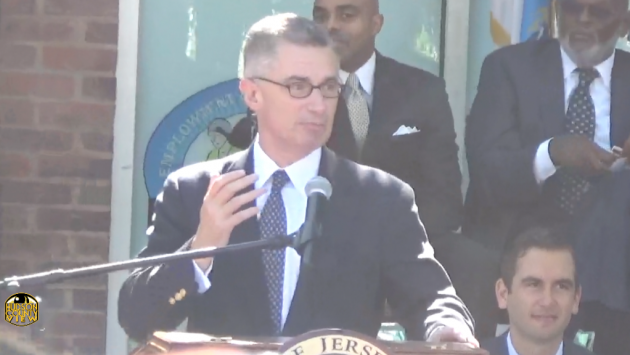 “McGreevey engaged in a conflict of interest by authorizing and executing a contract agreement between JCETP where he was Executive Director and New Jersey Reentry (â€œNJRCâ€) where he was the Principal Officer,” the April 16th, 2019 audit performed by PKF O’Connor Davies partner Keith S. Balla says.

Similarly, he wrote in the 41-page document – released confidentially to JCETP last year – that former JCETP Deputy Director John Koufos had a similar issue since he was the executive director of the NJRC.

“The documentation of our previous audits demonstrated that JCETP was operated ethically and honorably in compliance with nationally recognized accounting procedures,” McGreevey said.

“Our audits were sterling. Sudhan Thomas’ audit rendered irresponsible conclusions that are at odds with the facts.”

The 2019 audit appeared to rely on previous data compiled by by Bayonne accounting firm Donahue, Gironda, Doria, & Tomkins, which indicated that JCETP’s finances were all in order, as McGreevey had previously claimed.

Prior to the forensic audit, which Thomas attached to the email he sent to the city council last week, nine separate independent audits performed by Bayonne law firm Donahue, Gironda, Doria, & Tomkins indicated that JCETP’s finances were all in order, as McGreevey had previously claimed.

Sudhan Thomas, a former Jersey City Board of Education president who served as acting director after leading the charge to terminate McGreevey last year, has vocalized the results of the audit several times, particularly since recent legal troubles have emerged.

On December 19th, the New Jersey Attorney General’s Office charged Thomas with accepting $35,000 in cash bribes in connection to a potential 2021 city council run, just 16 days before the U.S. Attorney’s Office accused him of embezzling $45,000 from JCETP, as HCV first reported.

Thomas has largely blamed his troubles on McGreevey, questioning why no law enforcement agencies have shown any interest in the audit, which he asked the city council to investigate just 90 minutes or so before being charged on Friday.

Back in June, Thomas and a city spokeswoman said that “millions” in JCETP funding were unaccounted for or redirected to the NJCR.

At the time, the former governor essentially said that these allegations were fabrications that were being pushed by Mayor Steven Fulop, who had made a similar claim earlier in 2019.

â€œThese claims are false. We have had audits every year both from the independent auditor and the State of New Jersey, who have given us a pristine bill of health, as we fulfilled our mission to help the poor and those in need,â€ McGreevey told us then.

â€œThis â€˜auditâ€™ was conducted by an auditing firm selected by Fulopâ€™s handpicked surrogates on the night I was terminated solely for the purpose of justifying Fulopâ€™s politically motivated actions.â€

While the audit does not directly accuse McGreevey of anything criminal, it does say that JCETP and NJCR regularly co-mingled funds and shared employees.

” … The agreement provides for JCETP to provide services for NJRC for two payments of $243,600 totaling $487,200 per year. The agreement states that NJRC has a ‘unique and exceptional evidenceâ€based model’ and ‘has been recognized by the Office of the Governor… based on its expertise in the field of offender reentry,'” the audit also notes, also contending that managerial JCETP employees were paid by NJRC between 2013 and 2018.

“No Board approval or independent verification exists for the allocation funds and expenses between JCETP and NJ Reentry which the CFO prepared as a duel employee being paid by both entities … The results of our analysis indicate that JCETP paid approximately $2,806,147 in salaries and benefits to employees of NJ Reentry programs which were not reimbursed by NJ Reentry from July 1, 2015 to June 30, 2018,” Balla wrote.

He also recommended that NJRC should reimburse those monies to JCETP.

Furthermore, the O’Connor Davies audit notes that their conclusions relied on observations, response to interviews, public financial documents, and media reports – all of which could contain misstatements or omissions.

This story was updated with new information.